From Uncyclopedia, the content-free encyclopedia
(Redirected from UnNews:British Man Victim Of "W" Virus)
Jump to navigation Jump to search


London - A British man is in hospital in Edinburgh after contracting a highly contagious US military virus whilst on holiday in the US earlier this year.

The man, from Scotland, is thought to have become infected with the "W" bug when he was bitten by a mosquito-like insect in Texas during the summer. 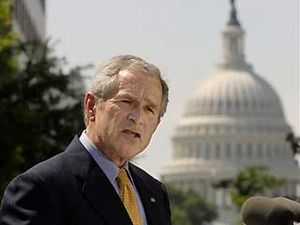 The "W" Virus, or Worryinglyultraconservative-Ineptretard Disease (pronounced "Dubya Disease" in Texan), is rumored to be the result of years of secret testing by the US military at a secret scientific development base in Midland, Texas during the Vietnam War. It has flu-like symptoms, and can cause mental retardation, inability to pronounce words correctly and strange "ape like" facial expressions. The retardation rate of sufferers is about 95%.

Until now, it has been said the virus has been contained within sealed laboratory conditions. Now, however, officials have been forced to admit that "a few" insects may have escaped from the base, and may have begun infecting members of the public. 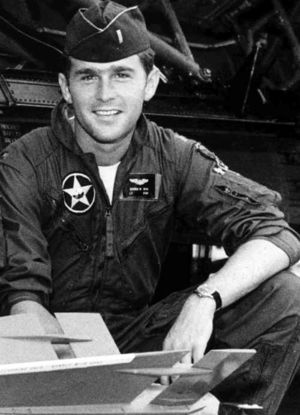 Another possible sufferer of "W" virus. Infected people should not be approached at any time as they may suffer from extremely conservative social views.

It is believed that some mosquitoes may have escaped near Ellington Air Force Base during a mix up around 1972. They do not believe that any solders were infected, though one young private George "Dubya" Bush reported suffering flu-like symptoms and several bites on his neck.

Health officials have said there is nothing for residents of Texas or anywhere else in the US to worry about, except that anyone infected by the virus should be kept away from any kind of government, let alone leadership, as they are incapable of rational thought.

Dr Clinton, military scientist and the world's foremost expert on "W" virus, spoke to UnNews, explaining the horrors of "W" virus, "Sufferers may falsely accuse their neighbors of keeping dangerous weapons and having links to terrorist organizations, attacking them and being drawn into a long and pointless conflict. Many subjects claimed that they must "stay the course" until the unfortunate neighbor was safe."

"Test subjects have also been known to develop a mental condition we have dubbed "family values", attacking homosexuals and opposing abortion, making them very popular amongst ultra conservative church goers."

Dr Clinton's most pressing concern about "W" virus was that 7 out of 10 test subjects became completely inept and unable to deal with emergencies or simple economics. "When presented with cleaning up after a simple storm, all subjects were unprepared and unsure what to do, leaving the victims to fend for themselves." 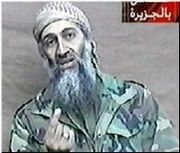 In light of this admission by the government, questions have been asked whether infected insects been used during a conflict or escaped in similar mix ups. Military sources suggest that several boxes of insects may have disappeared from a navy transport plane while flying over Iran in 1979, a few days prior to the Islamic revolution.

Scientists have refused to confirm there is a connection between the two events, despite numerous of people being hospitalized with similar symptoms a day after the boxes were lost, including a young civil engineer know only as "Osama".

Recent studies have shown that, in desert conditions, "W" virus sufferers develop some different symptoms, such as an irrational hate for different cultures, addiction to religious extremism and chronic beard growth. This has been dubbed the "Middle E" strain by many prominent scientists.

The sufferer has been quoted as saying "I hope the doctors don't misunderestimate my condition. I hope our doctors is learning." British health officials have promised to quarantine the man and make sure he does not get within 10 miles of a Conservative party office.