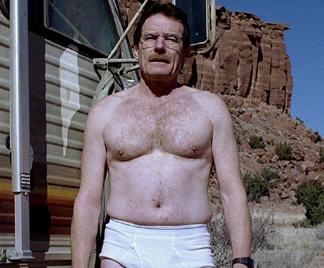 Because it's a slow news day, and because the government hasn't shut down, and it's not Trump's fault, and Mueller isn't pursuing him like a shark, and because Trump isn't giving away classified information like he's running a hot dog stand, and because six Russians didn't attend Trump's inauguration ("Happy" Anniversary, by the way!)... We at UnNews have nothing better to write about, so enjoy this Breaking Bad 10th anniversary retrospective.

It has now been ten years since the now-classic Breaking Bad debuted on AMC. There's a very good chance you don't remember this show, which ended in 2013 when Walt died. So here's a crash course:

Now that you've got the gist of it, and I didn't spoil it by telling you that Walt dies at the end, let's discuss this groundbreaking cable drama.

Breaking Bad was the first television series to evolve and transform its main characters over the course of the storyline. Walt goes from loser "Mr. Chips" teacher to being a badass drug lord known as Heisenberg. His cancer comes and goes. Walt's friends and family become more suspicious as he secretly pursues his double life. There's a Jeckyll & Hyde complex with these two personas that are total 180s of each other. The risk was go great that the only network that didn't chicken out was AMC. The rest is television and Albuquerque history.

I didn't get around to seeing Breaking Bad until 2013 on Netflix. The TV speakers were horrible (I'm an audiophile), but I pushed on. I was hooked from the first episode. I got by with subtitles as the series went on. I binged-watched two (and sometimes three) episodes at a time, late at night (or whenever I had the TV to myself). I got toward the end of the series, knowing that I would never catch up in time for the 2015 debut of the spinoff, the equally excellent Better Call Saul. I let my DVR fill up until I could see the remaining Breaking Bad episodes and watch Gomey, Hank and Walt die.

I can't believe this now-legendary show is ten years old. Seems like only yesterday I wrapped my head around the idea of Bryan Cranston, the dad from Malcolm in the Middle, starring in a heavy drama. But then again, the dad from That 70's Show was the bad guy in Robocop, so what the hell do I know?

Here's to ten wonderful years. Let's hope Saul is this fondly remembered in 2025. 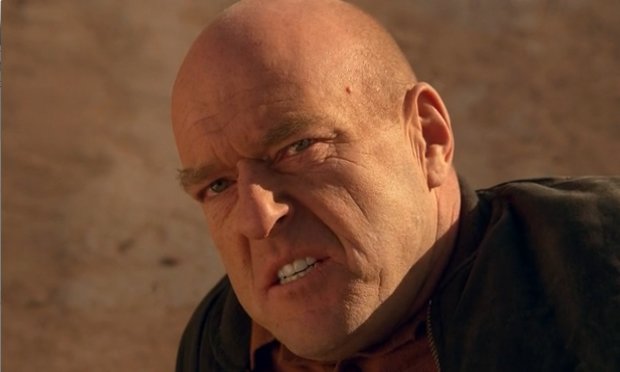