An eleventh planet has been found, in orbit 3 million miles past Eris 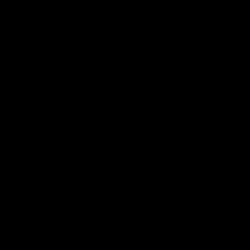 Washington, DC -- According to a NASA press release, Nemesis, the so-called "death star", has been found, but it isn't the "brown dwarf" most scientists expected it to be. It is a black hole of stupidity.

Long believed to orbit the Sun well outside the orbits of the ten[1] familiar planets[2], Nemesis has been the object of an intense search by astronomers from NASA and major observatories worldwide. It has been blamed for the extinction of the dinosaurs, the trilobites, and the unicorns, as well as other less momentous celestial events, and understanding its behavior could be very important in the future.

But what is a black hole of stupidity? We asked Dr. Aleister Smurfwit at Mauna Kea observatory. "It is a very dangerous object, the most dangerous in the Solar System", he told us. "It sucks in all intelligence, of any sort, and all that comes back out is stupidity." When asked how such a thing could form, Dr. Smurfwit said there's no consensus on that question, but it may be the result of some surpassingly stupid act a very long time ago.

NASA says Nemesis has a retrograde orbit, which means it's backward. Furthermore, due to the huge negative entropy of all the bound stupidity, it orbits the Sun far faster than the other planets, as a result of which it has a perigee (closest approach to Earth) every four years, unlike Neptune and Uranus. This may explain the results of United States presidential elections. A spokeswoman for NASA said its orbit is also highly elliptical, so it may occasionally approach Earth more closely than usual. Unusually close approaches of Nemesis could account for a number of historically stupid events, such as the War of 1812, the Vietnam War, the Chernobyl meltdown, and the nomination of Sarah Palin.

NASA scientists have been closely studying the object since it was discovered, and have proposed sending a manned mission to land on it, with the mission to be launched in 2017. Other scientists are not sure this is a good idea. Dr. Smurfwit described the idea as "really stupid. You can't land on the surface of a black hole; it hasn't got one!" Speaking strictly off the record, he speculated that the NASA scientists have been spending too much time looking at the object through telescopes, which focus the stupidity rays and cause what he called "instant stupid".