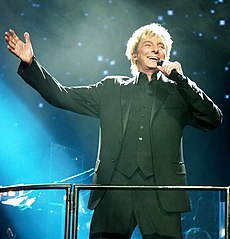 Why use the riot squad, when you can just play Barry Manilow songs?

WELLINGTON, New Zealand -- Kiwis inspired by the Canadian "Freedom Convoy" have camped out in front of the Parliament building in Wellington. Instead of sending in a team of Riot Squad officers to move the protestors along, or just nuking them, the New Zealand government decided to set up a speaker system to play Barry Manilow's Greatest Hits — that an intern bought for $5 at The Reject Shop.

After police command realised that the sprinkler tactic did not work, they then offered protestors a free 30 minute session with a sheep of their choosing. A few protestors took the offer and left. They were then arrested for attempted bestiality. While on his coffee run, one of the interns for Parliament stumbled into The Reject Shop and picked up a copy of Barry Manilow's Greatest Hits which was on sale. Parliament Speaker Trevor Mallard then put his job title to good use and set up a large speaker system to play the CD. After 15 minutes of playing, with mostly "Macarena" played on repeat, not even members of The Police could handle the torture and quit on the spot. British singer James Blunt then chimed in on Twitter where he stated, "if Manilow doesn't work, I'll give you a few of my CDs free of charge to help out!".

With protestors soaked and their ears bleeding, they then surrendered. Deputy Prime Minister Grant Robertson told UnNews that there was a "sad element" to the protest, before smashing the Barry Manilow CD.