UnNews:Bale kills Bale in Bale with bale; gets bail 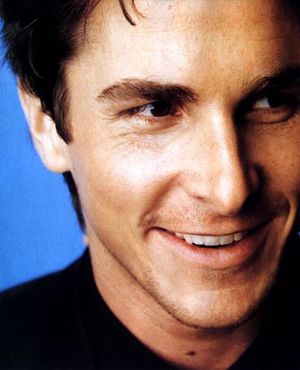 Last night, in Bale, Norfolk, Gareth Bale was killed by Christian Bale with a bale of hay. Bale, 24 and Bale, 39 were both in Norfolk for a film, called A Footballer's Tale, a film in which both Bales star as main characters, Jamie Dale and Daniel Dale. The two Dale are rich and powerful, yet they decide to work on Norwich Rail.

The film is 114 minutes long, and the Bales screen time was set to be 100 minutes, but so far they have only filmed 15 minutes. They both had key roles, and questions were swirling around about the film's production. Producer Yasmin Lee did not comment on the subject, but Director Jack Von Vale says, "The film will still continue, nothing stops me making a movie. Except Quail."

According to witnesses, during a break in the filming, Bale took Bale to a field where he bashed his brains with a hay bale. "After 30 minutes of watching, I decided to mail the police," said 54-year-old Bale local, Bale Bale. Police arrived at the scene too late, Bale had vanished into thin air. However, the police got a lucky break and found footprints near Bale's body. They followed the trail and it led them to a cave. There they found Bale, hiding under a veil, ready for jail.

However Bale was released on bail, and decided to carry on filming. Police officer Bale Bale-Bale, 32, believes the people of Bale have been failed by the Bale police regarding the whole Bale case. "It is disgusting that they let him back, just to make a stupid film. He is a killer and does not deserve to be able to just bail out of this."

Featured Article  (read another featured article)
Featured version: 31 May 2013
This article has been featured on the front page. — You can nominate your favourite articles at Uncyclopedia:VFH.