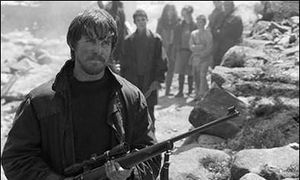 Machinist - meaning to be machine like, a sewing machine technician, a nail technician, to work in a factory devoted to machinery, to make documentaries about car-crash cults, or to become obsessed with the experimental diets of common people classed as Bat Fuck Insane. Pythagoras, though a machinist for some of his life, and a vegetarian, was never really a pure machinist, because he was more interested in training his disciples to kill 'dragons of logic'; thus the quote "Pythagoras was a machinist" is untrue, after the Pythagorean age of 42. There is a slightly noticeable before/after effect on the human body of those working in machinist factories for more than 6 months, noted in the pictures far below.

Hence, the phrase "You're looking very machinist today, you'd better eat something". Complete lack of eating is only part of the complex psychological symptoms that arise from machine work.

Machinists in the Post-Modern Pre-Bipolar Era[edit]

Charles Babbage was not a machinist, but his wife's sister is credited with inventing the first decimal computer machinist. Thus Cate Babbage was the first knower of Artificial Intelligence and the grandmother of the first part-time machinist, Bertrand Russell. Russell is renowned for his ability to think like a machinist and shapechange into a Risen Lord Skeleton at will (among other changeling abilities he is rumoured to be endowed with). Russell argued that computers should be classed as 'machinist', but C. Babbage Snr. later convinced Russell that it was in fact "a magic box full of pixies" (see Computer). Thus, most machinists shun modern computer science in favour of squaring the Hippopotami (see Pythagoras), following the Pythagorean Principle.

In the film of the same name, the Christian Bale character, Trent Reznor, was actually potraying the mid-life of Pythagoras in Samoa, during which he was plagued with illusions and confusions about the direction of his numerological work. Known to Pythagoreans as 'the wizard of weird corporate angles', Pythagoras is the first known machinist of note since the dawn of time. When Freud began his psychological work in 1900, giving a modern voice to the subconscious of the Early Greek machinist, Pythagoras was there in his dreams, right next to his mother and the coccaine. All seen in the semi-biographical movie of Pythag starring Bale.

At the end of the movie/biopic of the first sort-of Machinist, there is a blithe demonstration of Taxi Driver Logic. It appears in the film that the reason for Trent/Pythagoras's dramatic weight loss and psychosis is because of a hit and run incident.

Thus: "This assumes that folds in the space time continuum cause routine journeys to expand and contract depending on the point of view of the driver. By a process of deduction, experienced drivers can work out exactly where the traffic will be heaviest in advance of actually getting stuck in it. This complies with rules of this [machinist/vegetarian] logic also provide a manifold of explanations for missing change."

Ergo, machinists are often known to lose control of all forms of reality, while working in dark featureless factories, in order not to devolve into an Amoeba. Pythagoras avoided the Amoeba-change spectacularly throughout his roguish life, hence his renown as a 'mystic of numbers' - in other words, a machinist.