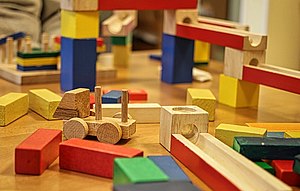 AUSTRALIA -- A 10-year-old girl is set to retire in a few years after taking over the toy industry.

Pixie Curtis started the toy company Pixie's Fidgets last year, and has owned the hair accessory company Pixie's Bows since the day she was born — thanks to her mother Leigh Jaime Curtis. Both companies have allowed the 10-year-old to amass profits over $1 million. In response, the third company, Pixie's Pix, was created to sell other children's accessories and games, but has also branched out into a photography empire (snapping recent pictures of Pat Sajak, President Biden, Kenan Thompson, and local weatherman Alf Wiedersehen) and is now Getty Images' main competitor – allowing the minor to pocket even more cash. With this, Pixie can retire at the young age of 15, and can choose not to attend High School nor University – even if it is to obtain an actual degree in business management, which would be helpful.

"I don't know what the bloody hell I'm doing," she says. "But now I have more McGarretts and Bradmans than I'll ever need in my life."

But because Curtis is a minor, her assets have been placed in a trust.

If Pixie were to retire in five years time, she would become the youngest person in history to retire since, I dunno, that kid from Jerry Maguire? But instead of if or when she retires, the question is "should she retire"? Although she would have access to her millions, she would have to wait another 51 years to be able to claim her age pension. Now, legally speaking, in order to start a bussiness in Australia you have to be at least 16 years of age – which Pixie isn't. Due to this, the Australian Federal Police raided her toy warehouses and seized over $250,000 worth of toys -- including Shrimp on the Barbie, Teenage Mutant Ninja Turtles, Sailor Moon, Power Rangers, and an Elmo doll that insults rocks. Pixie is currently awaiting trial and may spend the rest of her retirement in a prison cell.