From Uncyclopedia, the content-free encyclopedia
(Redirected from Twenty)
Jump to navigation Jump to search 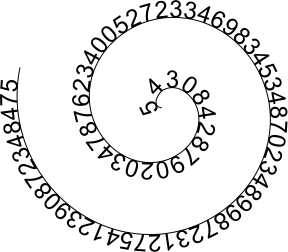 Making up numbers may cause dizziness.

Making up numbers was a popular movement that emerged in the 1980s just after the flag-pole sitting fad died down. The movement was begun by the answers from three Jeopardy! contestants.

The first two made up numbers were made within eleven minutes of each other as answers for the same Jeopardy! prompt, "write a number". French Stewart awed the audience with his answer, threeve. Everyone thought he would win for sure, but he suffered an upsetting loss after Ken Jennings revealed an even more extraordinary answer, zeight.

An anticipating nation watched Jeopardy! the next week, hoping to be amazed by more made-up numbers. They were disappointed and angry, some to the point of rioting when it seemed that the episode would not contain any made-up numbers whatsoever. Keanu Reeves managed, incredibly, to save the world once again when he pleased viewers by wagering a made up number, eleventy.

Threeve was the first made up number developed. It was one of the two numbers invented in response to the Jeopardy! task of "writing a number". Threeve and the other number, zeight, are credited with starting the fad of inventing numbers.

Threeve was invented by French Stewart a.k.a Inspector Gadget. Despite the fact that such a brilliant answer won him half a million dollars, he still lost because his competitor "that Mormon guy", or Ken Jennings, trumped him when he invented the number zeight.

Threeve is a combination of the numbers three and five.

Ken Jennings at his Jeopardy! podium.

Zeight was the second made up number.

Zeight was created by "that Mormon guy from Jeopardy!", more specifically known as Ken Jennings. It was his answer to the now famous Jeopardy! prompt, "write a number". Though his answer was chronologically second, it was a better answer and won the match for Jennings, and so it is therefore just as famous as threeve.

Zeight is a combination of the numbers zero and eight. The following is the literatic equation for zeight.

Eleventy (sometimes written 11t) was a number made up by Keanu Reeves on Jeopardy exactly one week after the famous Stewart-Jennings episode. An eager nation tuned into the episode hoping to be pleased by the kind incredible made-up numbers they had heard about from the last show. Jeopardy! however, being the heartless corporation it is, refused to satisfy their audience. The entire nation was close to rioting, when Keanu Reeves miraculously stuck in a made up number at the last minute. If the show wouldn't give him a chance to make up a number, he would wager a made up number instead. The entire kingdom rejoiced when his made up number appeared.

The implications of eleventy were immense. Rather than being a combination of two made up numbers like the previous made-up numbers, eleventy was a combination of a number, eleven, and a suffix typically applied to numbers less than ten, ty. This opened the window for a whole new type of made-up number. Dozens of other made up numbers were inspired by Reeves daring move, including: twelvty, thirteenty, fourteenty, and fifteenty.

The estate of J.R.R. Tolkien maintains that Keanu Reeves was not the first to discover eleventy, but instead a hobbit named Bilbo Baggins made up both eleventy and eleventy-one way back in the Third Age.

This number was made up by black people in Africa around the year -123. It was at a time when there were no Asians inhabiting Africa to correct them. It has stayed in their dialect due to rap music.

Soon ordinary people across the country began making up numbers themselves and the revolution reached its highest point. The world was flooded by made-up numbers. Some people, irritated at the amateurish numbers being created by some people, tried to get the government to pass a law requiring people to be licensed before making up numbers. Many "numbers" were made-up that weren't actually numbers at all! These include:

These attempts to make up numbers failed because the "numbers" that were made up, were actually already words!

Originally, the -illion series was only a small group of numbers and was very well organized. There are a few "base" -illion numbers, which can then be made bigger by adding prefixes. The exception to this rule is the number infinitillion, which is so big that it renders the addition of prefixes unnecessary.

It has been agreed that Infinitillion is the biggest of the -illion series, it in fact is one of the top 3 biggest numbers ever. Since it was never decided who was bigger between Jillion and Zillion, everyone decided that Jillion and Zillion were equal, and that their corresponding daughter numbers were too. A simple chart below explians. 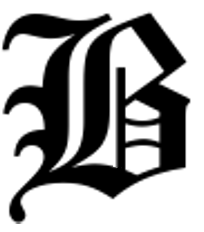 The character for brazillion looks suspiciously similar to an Old English B. 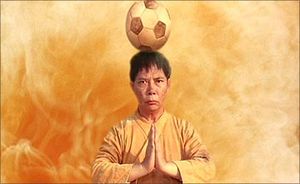 Soon enough, however, people began making their own -illions and the -illion number spectrum was beginning to be crowded, too crowded. People could no longer make sense of the hundreds of -illion numbers everywhere. So all of them were just thrown into a big pool together and forgotten by the general public.

Brazillion is unique for being the only made up number associated with a specific geographic location. The number made up and originally used by by citizens of Brasília, the capital of Brazil.

He was feared by opponents for the power of his kicks. A ball kicked by Jeng Chi was known to occasionally knock off the limbs of anyone who was foolish enough to be in the way. Jeng Chi could also summon fire out of the atmosphere and inflame the ball as it flew, making it even more of a danger to others.

Since nobody dared get in the ways of the ball after Jeng Chi kicked it, he would just go on scoring over and over during soccer games. Rather than actually bothering to keeping track of the score, officials would simply record the final score of the game as a "Brazillion" to zero. (Or a Brazillion to one in one case.)

Recently, the number Brazillion has become a source of national pride for Brazilians. They make a point to use it when any other made up number will do.

This number was invented and made famous by ex-convict Group X in an internet video. The video, found buried in an ancient tomb, was found to predate the internet phenomenon known as internet phenomenons by as much as several years, as evidenced by the animation and cut-n-paste editing of photographs. In addition, it was discovered that by subtracting the hypotenuse and dividing by lolcat, Group X was also responsible for the invention of a number of other made up numbers:

Shinty-six was supposedly made up by Simon, a contestant on the British game show Numberwang. However, it was soon proven to be real, as in the phrase "I only have shinty-six days left to live."

Google, not a made-up number.

Google is the only made-up number that is completely unrelated to real-numbers. In fact, Google is really just a word made up by the Google Corporation. For this reason, many experts have argued that Google is actually not a legitimate made-up number. A few of their arguments are:

Even though all making-up numbers experts agree that Google is not a made up number, it still continues to be considered so because of the immense strengh of the Google Corporation and their ally, Wikipedia.

In an unrelated note, there is in fact a true number known as google. People are mostly unaware of this number, but do know it's larger relative, googleplex.