From Uncyclopedia, the content-free encyclopedia
(Redirected from TV Licence)
Jump to navigation Jump to search

For those without comedic tastes, the so-called experts at Wikipedia have an article about Television licence.

A television licence (or broadcast receiving licence) is an official licence required in many countries for the reception of television (and sometimes also radio) broadcasts. Contrary to popular belief, the UK is NOT the only country in the world where you need a tv licence in order to operate a television, although many people are too stupid to realize it.[1]

Before you get a TV licence you need to complete a rigorous testing process to establish your mental stability. The full list of questions used is shown below, if you answer yes to any of these questions your licence application would be rejected immediately and you may face further legal action:

A conscientious objector or Hippie is an individual following the religious, moral or ethical dictates of his conscience that are incompatible with getting a TV licence. Conscientious objectors may be willing to accept compromise by getting a 'black and white' only licence, even though this would limit their access to the Asian, middle eastern and native American programming. More hard line refuseniks are forced to escape the TV licensing system by finding a role within armed forces or, if they consider themselves either pacifist or antimilitarist, assignment to an alternative civilian service.

One year the British Ministry on Information was short of money to fund their cricket tour of Pakistan, so some bright spark decided to pretend that the TV licence was subject to an annual fee. Demands for payment were sent out on ministerial notepaper, with a watermark and everything and the British public was too gullible to notice that they were being conned.

The scam was so successful that the Ministry cricket team had enough funds to tour the world playing cricket full time; they later re-named themselves the England cricket team.

This is a genuine true fact, each year an average of 700 people are imprisoned in the UK for nonpayment of their TV licence. They tend to be fairly stupid, as they do not realise that you don't actually have to pay for a TV licence. Evasion can be achieved by religiously following these simple rules: 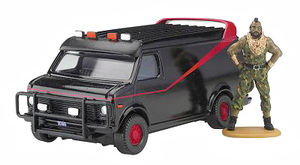 The TV licensing people love to tell lies. Every day they think up newer, more elaborate lies. Whoever thinks up the biggest lie which anyone actually believes gets the TV licence man crown. After a heavy weekend taking acid, the current champion came up with a kind of telepathic van that can tell if there is a TV in your house. People actually believed this shit, so ever game for a laugh, the TV licence chappies decided to knock one up (build it, not make it pregnant).

Simply bend the metal into a technical looking shape, the more elaborate the better, then glue it onto the top of your van. Next write 'TV detector van' on the side of it with the permanent marker, then drive round collecting money from idiots. The beauty of this conversion process is that apart from the cosmetic changes, the van is perfectly normal and can be used for everyday vanning of all kinds, including watching children.

In Northern Ireland the TV licence van will more than likely get burnt out and the driver usually knee-capped by the local law enforcement agency (paramilitaries).