From Uncyclopedia, the content-free encyclopedia
(Redirected from Pac-man)
Jump to navigation Jump to search
Whoops! Maybe you were looking for Super Mario Brothers?

“You know Pac-man? Well, he was originally going to be called "Puck-man" but they changed it because they thought people were going to scratch out the "P" and turn it into an "F". ” 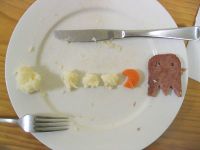 Pacman, as originally conceived by NASA

Pakistan "Pacman" Afghanistan Turkmenistan Uzbekistan Tajikistan Kirgistan Kazakhstan Linchi (also known as "F***man and "Pac"stage) was the founder of the Stan countries. The word stirs up deep emotion in the hearts of many Americans, perhaps deeper emotion than any other word. One can not simply read what 'Pacman' means. One must 'feel' what Pacman means.

Also, Pacman may refer to the first colored superhero and is also widely regarded as a huge Asshole. Unlike Heman, Superman, Spiderman or Batman, Pacman is yellow, has chinky eyes, a fatty waist line and likes to eat. Being of Asian descent, Asians decided to honor him by slicing out a part of British India and calling it Pacistan. Brother of Pacman settled in Nepal and the capital of Nepal was named Catman dude after him. Pacman is the first kungfu hero, who taught that the best kungfu move is the run from the bad guys and keep on eating. Forrest Gump was the first kung fu movie based on Pacmaolin school of kungfu which emphasizes on the ancient martial art of running and escaping.

Pacman may also refer to a Pacman Apocalypse. This is based on recent studies by genius scientists who have discovered that pacman Will likely escape from the fith dimension some time soon to eat us all. Instructions on how to survive this can be found at HowTo:Survive a pacman apocalypse.

There are several common misconceptions held in young people today about Pacman. The following are just a few of the more common mistakes: 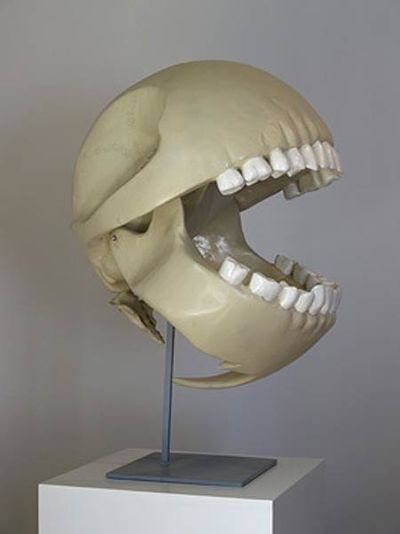 His skeleton is currently on display in the Wilde Memorial Museum.

Born in 1879 in Pacmanistan to 2 Pac, just 2 Pac. Pacman suffered from a rare genetic defect in which he was born spherical. Pacman was very unhappy with his defect, and threatened to kill his parents Pacdad and Pacmom, even his little sister, Pacgirl. At the age of five, Pacman was arrested for the murder of a puppy. He got off 48 hours later, getting off as innocent. As soon as he was home, the threats started again. Horrified, Pacman's parents sold him into slavery. It was through slavery that Pacman met Oscar Wilde, a teacher and friend throughout his life. ((At the age of ??)), Pacman fought in World War 2, where he received numerous awards in ghost rape.

Sometime later on, with the rise of technology, Pacman quickly had a game programmed loosely back when it was in WW2. Unfortunately, while the scientists were carefully scanning his complex biology into the computer, they discovered a mysterious curse: he was fated to be set upon by the four ghostly presences of the apocalypse, and he shall be chased by them for eternity through a neverending labrynth with white spheres for which he would have a terrible thirst. He would be killed by the touch of these four ghosts, unless he were to find an ancient treasure, in which case he would be able to eat them. He also would be able to gain delicious fruits for a small reward. He was chased for years, until he dressed up like a girl in an attempt to escape (Ms. Pacman). It didn't work, but he liked the makeup, so he stayed like that until he escaped that GOD DAMN labrynth and got a therapist.

In his later life, Pac-man was well known for his generous gifts.

After his second assassination, Pacman retired from his longtime job as a superhero. After a long spell as a script editor for BBC Radio Four, he graduated to the comedy circuit where he proved fairly successful, releasing a live album, the Wakkawakka World of Pacman which was nominated for a Grummy award (1978). He separated from his long-term partner Ms. Pacman after she confessed to having an affair with Donkey Kong. He later died pennyless and alone, forgotten due to the fame of his similarly named son, Pac-Man. It was originally thought he had gone back to school to get a degree in child pornography, but such theories were otherwise proved false once we figured out he's just a stupid yellow circle incapable of thought. Then he found out that he was motherfucker and went to find Micheal Jackson. As Pacman would say: "yo yo yo yo yo yo, what it is motherfuckers" "awwww shit, here comes pacman" "hey pacman, whats up" "Me you bitches! I'm high on crack! Wanna freebase?" "No Pacdrugs are bad!" "Nope can't help you man" "Pussies" *smokes bong* "Whoa! Holy shit!" "Merry gansta christmas"

The average game of Pacman contains approximately 4.3 ghosts (rounded down to 4.) Their goal in life is to murder Pacman, cut open his stomach and get back the food that the fatass has been stealing from them. There are different types of ghosts and different strategies that they use to try to assassinate Pacman. They are Blinky, Pinky, Inky, and Clyde. (Clyde was obviously adopted.) Blinky will simply follow Pacman wherever he goes, which is why it has obtained the title of Pacman's crazy stalker fangirl. Pinky, with a somewhat higher intelligence than Blinky, will actually cut Pacman off and use shortcuts to catch up to him. Or was that Inky? Clyde, on the other hand, will not chase Pacman at all but prefers to run in random directions. (We told you he was adopted. He was also dropped on his head when he was...er...a binary digit.) Aside from Clyde, who is a retard, Blinky, Pinky and Inky always thinky of kinky things to do with Pacman when they finally catch him.