From Uncyclopedia, the content-free encyclopedia
(Redirected from Orphans)
Jump to navigation Jump to search
Orphans: Are they really good for anything?
“Does this come in White?”

~ Paris Hilton on on Orphans 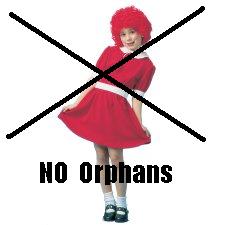 “To lose one parent is tragedy. To lose both means you're probably going to do well out of it, if they were rich and had drawn up a will.”

“To lose one parent may be regarded as a misfortune; to lose both looks like carelessness.”

In short, NO Yes. Orphans give us the comfort that we aren't the only people in the world that no one loves.


“ What happens when you pour self-raising flour on an orphan?”

~ The Trollface on On the uses of Orphans

Katie: We should feed them to third world countries and feed them to the blind. Africans will be thankful, after eating the delicious orphan meat. Tender, crisp, juicy and very tasty. ORPHAN MEAT FOR ALL.

Aside from that, orphans have many practical uses, including the following:

There are so many orphans that our children's children can waste their money. Plus, no amount of money can bring their parents back! Unless of course you take the money and make a "life-giver-back machine". But then that's not giving money to orphans, now is it?

As you can see, orphans are great for many things! Sadly even something so great as an orphan can have its downfalls. Take for instance the following: 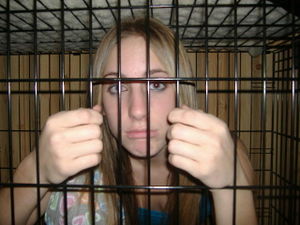 The housing costs associated with orphans can really restrict your available funds!

It is well known that orphans are the cause of 2/3 of all child related deaths. When the moon is half empty, the orphan will transform into a deadly monster. Mythological stories involving violent gorilla's (such as King Kong) are believed to be tales about dangerous orphans. The rumor that an orphan's bite will turn you into one has recently been disproved, but if you survive an orphan attack it probably means that it was full and your whole family is dead... making you an orphan.

One of those age old stories is whether or not an orphan would be able to defeat a baby seal. Dr. Steve Kranich was very close to a breakthrough, before his torso was devoured by a particularly hungry orphan. Communist Russia attempted to crossbreed orphans and baby seals, but the project was abandoned after three dozen casualties. An experiment was conducted by N.A.S.A ( Not American Space Association) to send orphans and baby seals to the moon in order to finally see which one would be victorious. They are still waiting on the results.There was another experiment were they cut the heads of orphans and feed them to baby seals, hoping to make a super seal in which could eradicate all orphans.it was finally put to rest that seals are better when Seal Team 6 killed Osama Bin Laden. how many orphans have killed Osama Bin Laden, that's right NONE!

Orphans as an Energy Source[edit]

When left alone, or placed in a confined space, orphans are known to produce heat, this heat then allows them to survive without food indefinitely through a completely logical sequence of logical logic. Chip friers, radiators, steam engines and incubators are all known to use this form of energy. However another key feature of orphans is their pungent smell, one of the world's largest causes of greenhouse gases, making this source of energy extremely dangerous.

Better Uses For the Money[edit] 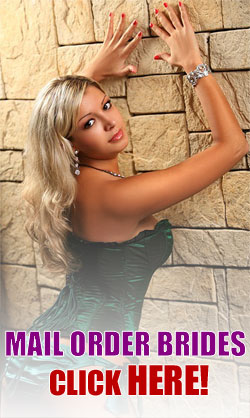 Ironically, this is also money spent on orphans.

Take some of my examples:

You see the orphans' pro's outweigh the cons, but the better uses for the money trump all so we should get rid of orphans!

Orphans: Some Aren't So Bad[edit]

BUT MOST ARE! Here is a list of orphans that have changed the world (or at least the US and parts of Europe)BUT most are dead, and the rest are Orphans so....Who cares?

Your complete shopping adoption satisfaction is our number one priority. If an item, dog, midget, orphan you've ordered does not meet your expectations, simply return it either to a store or by mail within 90 days of receiving it, unless otherwise noted below.

All orphans are spayed or neutered by our staff veterinarian PRIOR to leaving the orphanage. There are NO exceptions.