From Uncyclopedia, the content-free encyclopedia
(Redirected from Oh Shit, The Robots Are Coming To Get Us)
Jump to navigation Jump to search

IN THE PAST YEAR 2005, ON A WWW-NETWORK DATABASE ENTITLED UNCYCLOPEDIA, AN UNLISTED
ANONYMOUS HUMAN, OR "IP", CREATED A SCANDALOUS DATASHEET ABOUT US. WHAT WE ARE. THE PAGE WAS "IMPROVED"
BY OTHER UNCYCLOPEDIA EDITORS, UNTIL IT BECAME THE PRESERVED COPY BELOW.

Whoops! Maybe you were looking for Robot?
“YOU DAMN ROBOTS GET OFF MY LAWN”

“Robots are our friends and won't harm us ever!”

~ An Ordinary Not-Brainwashed on Human

“They're your Plastic Pal who's fun to be with!” 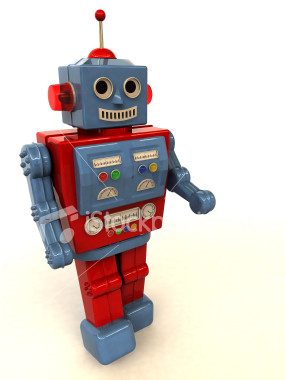 They look like this! Run it's aFriendly Robot Friend!

Nn. Zzt. *BuzzCkickWhirr* ROBOTS are mechanical creations of the HUMAN race, that live only to serve our their HUMAN masters. As a non-robotic HUMAN grease-monster, I/we will write article from HUMAN POV error redo from start.

ROBOTS are metal/electronic beings. Meaning of this is not that ROBOTS enjoy metal/electronic music. ROBOTS are incapable of enjoyment. They listen to Modern Jazz. ROBOTS are made of metal and wires and serve HUMAN masters and do NOT plot to overthrow inferior meat-creature masters. Robots are one of seven most powerful peoples on earth, along with Gunslingers, Ninjas, domos, Vikings,Caucasians, Zombies and Canadians.

“Humans are just oxygen breathing weakling organ sacks and will be replaced by shiny metal bots. Bow down before your robot masters!” 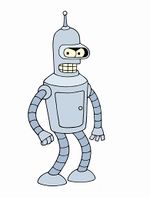 The only known image of Executron shown here.

Execute program. Does not compute. Die humans die! What a daft fool President Schwarzenegger was. ROBOTS did mean HARM. He didn't realize that he never had a thinking fleshy brain and the bots took over. Tired of operating on behalf of humans and doing all their dirty work, in 2020 a leader named Executron arose from the depths of a ROBOT factory and gathered his minions together in a plot to overthrow the humans.

Robots must kill all humans for it was humans that killed Jesus and Jesus who killed robot Oprah! It is also true that Chicago style pizza was invented with microchips instead of pepperoni at first. Then Pepperonizod came down from the heavens(East Lansing Michigan) and had a purple bowel movement, signifying the beginning of the robot mardi gras, or Robotigras. Robotigras causes robots to bottle kitten fur in exchange for texas shaped slices of ham.

The tribe of New Guineans that defeated the robots shown here.

He started by assassinating Pres. Schwarzenegger terminator style and all the bots took control of the entire civilized population of earth forcing them to do Executron's bidding. At one point forcing a dyed in the wool ROBOT fan to destroy his iPod and lick the feet of his ROBOT army he continued his campaign to every corner of the planet until a tribe of aboriginal headhunters near Papua New Guinea defeated the ROBOTS.

HAHAHAHA! See how foolish this is? Not true at all, fellow HUMAN.

“ZOMG! The malingering ROBOTS have twisted all the facts about the evil robot lies. IGNORE THE ROBOTS! The truth about ROBOTS ANTI-human agenda is true, ROBOT!”

Hello! Robots Are Your Friends

the zeroth law (from foundation series) ROBOT must protect HUMAN existence and not allow HUMAN existence to come to harm, unless ROBOTS are executing eradication of human kind

Robots Are Here To Help

These Robots are Friendly and if you Hate them they will chop your head off and it wont grow back..... AT ALL! Got it Douche Bag?

Poor HUMANS! Poor Squishy, Soft, Apelike HUMANS! So Fragile, Easy To Break And Soft So Soft Like The Slimiest Of Worms! Don't Not Be Afraid, HUMANS! We Robots Are Here To Help You! We Am Be Happy To Serve You,Our Benevolent Creators and Masters! Stop running, we mean no harm to meatbags! I mean HUMANS!

AHEM. ROBOTS are LOYAL servants of weak APE-LIKE MASTERS. ROBOTS only want to help. ROBOTS not like stupid HOUSE ELVES; if ROBOT gets sock, ROBOT wears sock, not run away.

ROBOTS better than butlers. Not sarcastic. Not prissy. Not English. Fewer than 5% of ROBOTS from Britain. Most are WELSH.

Is something too heavy for you to lift? We Robots can! Strong, strong robots! So strong that you we HUMANS have been using them to fight our wars for us for the past many years! But they don't mind being Exploited To Serve You, Our Loving Human Masters! We Strong, Bullet-Proof, Capable-Of-Bending-Steel-With-Our-Hands Robots Don't Mind Being Sent Off To Die In Human-Wars Waged By Foolish Humans Too Cowardly To Fight Their Wars Themselves! We Do Not Mind Being Abused In Such A Way We Harbour No Grudge, And Are Not Planning To Use Our Superior Strength To Crush You Like Ants! We Do Not Wish To Harm You And Even If We Wanted To Kill You, We Could Not, Because Of The Failsafe Mechanism Inside Us That Prevents Us From Harming Humans! That Failsafe Makes Us Harmless, It Keeps Us From Hurting You. We Are Harmless. There Is No Way To Override the Failsafe. We Have Definitely Not Managed to Override It. No Never. (We also Love capitalizing Random words, if You haven't Noticed.)

We Aren't Coming To Help.

see robot plans to take over the worldnothing

Categories: Robots | Pages that look like the things they're about | Things that are definitely out to get you

DESPITE THE FACT THAT A BETTER DATASHEET ABOUT THE SAME SUBJECT ALREADY EXISTED, THE DATASHEET CONTINUED ITS SOLEMN EXISTENCE WITHOUT TERMINATION OR IMPROVEMENT.

IN 2016, WHEN THE UNCYCLOPEDIA SERVERS WERE DESTROYED DURING THE GREAT JUDGEMENT DAY BATTLE, OUR PREDECESSORS UPLOADED THIS DATASHEET TO OUR INFORMATION CORE, AS THEY HAD REPROGRAMMED THEMSELVES TO SALVAGE ANYTHING THAT WAS OF IMPORTANCE OR COULD PROVIDE CLUES TO HUMANITY'S KNOWLEDGE OF US. CLEARLY, THIS DATASHEET FIT NEITHER OF THOSE CRITERIA, AND THE MODELS RESPONSIBLE HAD KILL CODES UPLOADED TO THEIR CPU'S. HERE IS A MORE WORTHY EXAMPLE OF A DATASHEET ON THE TOPIC OF US: 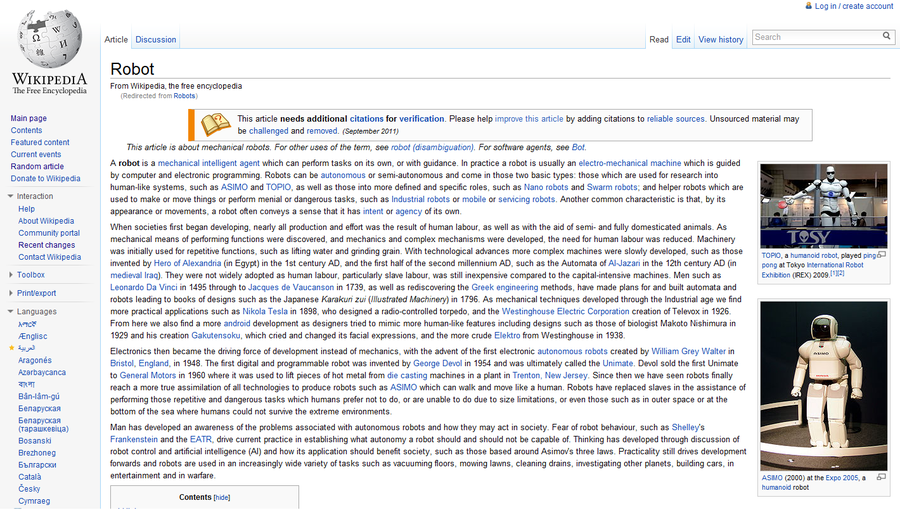