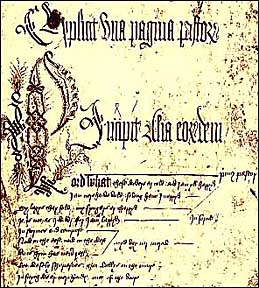 See it? It's in the middle part.

Middle English is the type of English spoken in Middlesex, England. It is a dialect derived from Spanish that has remained unchanged since who-knows-when. Naturally, these people vote for the Conservatives every time, since they can't be bothered even to update their language.

The grammar of Middle English is not drastically different from that of modern English. However, the spelling and pronunciation can appear alien to the casual speaker.