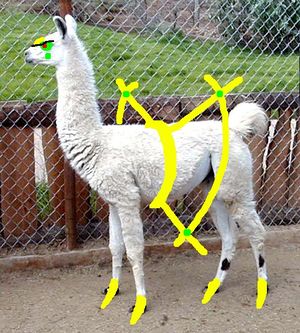 The cruel exploitation of lama's in modern day society.

Llama farming is the popular practice of herding llamas onto a paddock and leaving them there. The llama will then begin to eat and poop. After time, your llama will grow. This growth is the result of eating grass, poop, and your clothes (mainly grass though). Eating poop is disgusting and no one eats poop (except llamas and Rabbits). Many llama farmers say that llama farming is like playing FarmVille: extremely addictive.

Llama jousting is a heroic sport of nobles in which two males fight on llamaback. The competitors are armed with big "jousting swords" sticks. Big pointy sticks of doom!!!!!, to be exact. The only two people to ever to play this spectacular sport in theatrical memes were Bruce Lee and Bill Cosby in the year 1337. The sub-plot follows:

Bruce Lee was announced victorious after throwing his Lesser Attack Llama at Bill, thus knocking him off his battle llama. The llama filed a lawsuit against Mel insisting, "Giving me Knuckle Dusters was a reckless move indeed. I'VE GOT NO FUCKING HANDS DUMB FUCK!".

and much money was made by all parties involved, including the screenwriter.

Animal rights activists have staged protests since 1222 claiming that jousting on llamas is cruel, and that people should treat animals like they do themselves. See nobody cares.

Llamas are provided for llama jousting by llama farmers only under duress, or Llama Rotation.

Llama meat is known to have magical powers. It gives the strength of bee and the agility of Brick. When finished with steaks made from llama often a fortune is found written on a small strip of paper inside. It is rumored llama farmers are responsible, but they deny this. 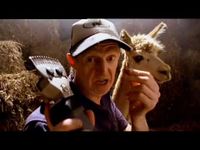 Llama's in hats are known for cunning and deception. The have been known to kill Old people. If you see one crossing you then FUCKING RUN. Do not believe anything they say.

Llama's in hats are a different from the averaged everyday llama variety. Scientists have made a guide to spotting lama's in Hats. Here is a brief section on the differences between the 2 sub-species.

Lama loving is a complex mating right, carried out by a Lama and a man. This is the resulting "mutation". The dance begins when a Lama spits at a chosen man. The chosen man must then make an offering of lima beans and mixed porridge to be allowed to ride the lima's back. The lama will decide, upon reciept of offering, if the man is worthy to mate with or just commit Herre Kerre (SP??)

This is now a socially unacceptable practice and must be done in secret.