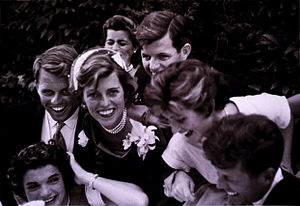 A collection of Jibs for the ages.

The Jib is the deportment, style, or panache of an individual: an ineffable personal and physical quality that, shall we say, moistens the hoochie, stirs the wang, or perhaps tightens, subtly, the sphincter of the afficianado. The word "jib" is connected to sailing, a sport among the so-called "well-heeled," and Jib-appreciation derives from that context. In sailing, a jib is a largely ceremonial bit of sailcloth connected haphazardly to the front of a dangerous contraption known as a sailboat. Its main purpose is to increase the skipper's confusion and likelihood of tipping over, although when the skipper cries out, "release the jib sheet and prepare to come about!", it can have the effect of making them look as if they actually know what the hell they are doing. In ancient times, any skipper who could survive an outing on Long Island Sound, especially if the jib was deployed, was apt to be rated by Jibophiles from the safety of dry land back at the yacht club. The exemplary Jibs of the Kennedys are perhaps the most famous Jibs ever seen near that cold and rocky shore.

One need not be a sailor, oh no, to have a helluva Jib. Below is a list of renowned Jibs, please feel free to add your favorite Jib at your leisure.