From Uncyclopedia, the content-free encyclopedia
(Redirected from George Stephanopoulos)
Jump to navigation Jump to search

For those without comedic tastes, the so-called experts at Wikipedia have an article about Snuffleupagus.

The Snuffleupagus (pl. Snuffleupagi) is a large mammal native to frozen landscape of the Boston although they live in almost every place on earth, including France....although they aren't socially accepted. A close relative of the elephant and descendant of the mammoth, the Snuffleupagus resembles both with its large trunk. Snuffleupagi feed upon leaves, other vegetative material, Telly Monsters and tons of spaghetti in their native habitat.

Unlike elephants, snuffleupagi have no tusks. Despite their size and strength (a snuffleupagus could easily trample to death or strangle with its trunk most land animals) this does put snuffleupagi at somewhat of a disadvantage when confronting predators. Thus they are much more reliant on hiding as a defense mechanism. Snuffleupagi have been known to wait for days until a ripe young Spaghetti walks by. Then using its powerful trunk, they grab the Spaghetti and gobble it up. Due to the Spaghetti Shortage of 93 many Snuffs immigrated to Italy, and now are proud Italian Patriots or Spaghetti Mobsters in the Mafia smuggling thousands of Pounds of Spaghetti to N.Y. illegally.

Snuffleupagi are also unique among elephantine creatures in that their ears are internal. This does not have any adverse effect on their hearing, but some scientists believe that a lack of external ears may make flight impossible, since elephants fly by flapping their ears. However, it may be possible for snuffleupagi to fly by flapping their trunks, and there have been several reports of snuffleupagi flying among herds of pink elephants. They roost on telephone wires, and enjoy playing poker up there. The life expectation of your average Snuffleupagus is 46 to 88 years.

Mid- to late- April is the best time for Snuffleupagi to mate. In order to attract and please the female, the male may either dance and wave its trunk in the air or fight another male over her. If one of the males loses the fight, they get to mate with the female. Male snuffleupagi's penises are located below the anus-hole at the butt pointing backward. Female snuffleupagi's vaginae are also below the anus-hole at the butt. In order to mate, the male, butt first, must stick their penis into the vagina of the female. If successful, gestation is as long as 3 years. When the Snuffleupagi are first born, they can run and use their trunk but they are blind and naked. After 7 days, the calves open their eyes and their fur has grown.

While rare outside of the Boston, Snuffleupagi can occasionally be found on inner city streets, often in the presence of large birds. Most often, a snuffleupagi will remain hidden to all those around the bird, causing them to doubt its existence. They can be troublemakers, and can therefore get their bird friends into lots of trouble when the bird tries to explain that it was a snuffleupagus, and not them who committed whatever ill deed. But don't worry, if you're molested, the grown-ups will believe you.

Shortly after his older brother Hannibal attempted to cross the Alps upon elephants, Fallibal made his own ill fated attempt upon Snuffleupagi.

Until recent pressure from PETA, snuffleupagi were often killed for use in snuffleupagus stews, a rare delicacy in India. Since then, the stews now consist of snuffleupagus tofu, which is healthier than real snuffleupagus, but tastes like cardboard, just like tofu anything.

On Monday, March 12, 2001, Aloysius Snuffleupagus of Sesame Street fame was murdered by one of Big Bird's cousins, Bruno. Two weeks later, Bruno went to trial, was convicted, and sentenced to the electric chair; after his execution the corpse was donated to KFC.

Perhaps the most notable traits of the snuffleupagus are its highly-structured organized crime syndicates. The snuffleupagi are famous as hit-men, able to trample their unsuspecting victims, who usually are too stupid to see what's coming and get out of the way. They are not limited to brutal murder through crushing; their trunks are rumored to be able to carry several pounds of cocaine, as well as assault rifles that they use as clubs to bash the heads of those who try to steal their stashes. In this way, the snuffleupagi have risen to a prominence in the criminal underground only matched by the dodo, a bird species that pretends it is extinct as a cover for its gun-running syndicates. Snuffleupagi were frequently used by organized crime in Chicago and Detroit during Prohibition in the U.S.

Mysterious Las Vegas magicians Penn and Teller once sawed a live snuffleupagus into 6 parts as part of a performance. Unfortunately the trick did not work and they were left with 6 metric tons of Snuffleupagus. Unable to come up with a use for it, the duo shipped the bloody rotting mess to PETA. 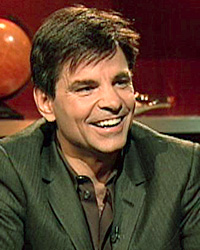 Although not especially popular, the most famous snuffleupagus is George Snuffleupagus. This snuffleupagus was hatched in 1961 in the frozen wasteland of Boston in that one place up there North of the United States, you know the place. As an adult it used its trunk to smuggle Cuban cigars into the U.S. where it made enough money to buy a nice suit. It found its first job with King Richard II of Chicago working as Richard's personal hit man. After taking orders for a few years and the desire to move up the ladder it left for Washington D.C. and was hired by Lord-God-King-bufu Clinton and in 1992 became Clinton's royal campaign spin doctor. When Clinton was overthrown by King George Walker "Texas Ranger" Bush in 2000 George Snuffleupagus became Chief Washington Correspondent for ABC News.