“I don't need a social life”

~ Every Football Manager user at some point

“Our game is better, innit?”

Football Manager (commonly abbreviated to FM) is a highly addictive drug, similar to heroin, hidden inside a football management simulation game. It was originally designed to provide couples with grounds for divorce, however it has unintentionally become more popular than food.

During this game you control pointlessly expensive colored dots which move around an inanimate ball that moves? I hear you say that makes perfect sense, well I think so too, so get back to your life and leave the people who play it to their "life" OK?

The drug enters the players' body once the user installs the video game, a process which takes just 8 weeks. Football Manager can easily cause a physical dependence and is hence sold only to people who are black or of a criminal disposition. Many users take part in "sessions" where the drug is consumed continually for hours, sometimes even days at a time. The level of high the user experiences depends on their success in the game. Losing to Scunthorpe is generally accepted as the lowest a user can get since this involves being utterly shit.

The gameplay in Football Manager mainly takes the form of mindlessly pointing at areas of the screen, clicking them and then waiting for the computer to win for you. Despite this blatant simplicity, there are numerous users on the internet willing to tell you their "expert" opinions on tactics. These people are generally known as "wankers" although the medical term is "masturbaters".

Although it never improves, new versions of the game are released every year. Each version contains millions of pointlessly tiny and glitchy additions designed to lure in gullible children. The changes mainly occur in the game's database which is equivalent in size to the economy of Wales. It contains useful information such as the number of car park spaces at Old Trafford and the number of Newcastle players currently under investigation for rape (which currently stands at 24).

The current version of Football Manager boasts an impressive 3D match engine similar in appearance to the classic game Pong. It allows users to experience what it would be like to manage a football club if all the players looked like smarties. There is no audio commentary in Football Manager because the creators worried lonely users would develop an emotional attachment to the voice. Instead commentary is provided in text form and common catchphrases include: 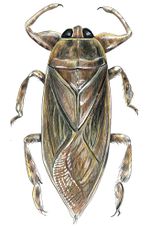 Football Manager is well known for its clever use of irritating bugs. These bugs are hidden in the game but often appear if the user forgets to save regularly. If bought on the street, FM may contain foreign bugs which can be deadly. The most common bug is the "transfer bug" whereby random and inexplicable transfers occur inside the game. A famous example of this was the £500 million paid by Barcelona for Dean Windass in the 2004 version of the game, despite him lacking any obvious talent.

Football Manager Live is a more retarded, pissed up version of Football Manager that was released in October 2008. Many Football Manager weirdo's strongly believe that 'FML' is solely aimed at black, homosexual and pregnant people who spend their days talking to random strangers, saying 'gg wp'.

Apparently marketed as a social version of Football Manager, the only interesting conversations you get out of these 48 year old Social outcasts is "I'll give you 2 camels for Phil Jagielka'.

There is also a large number of American people that have payed a ridiculous sum of money for the newly released game, which probably explains why the idea is failing, just a few months in.

The game was recently given a complete PR overhaul with the much adored front-man of the supergroup "A-Ha", Morten Harket being the official face of FML. It remains to be seen whether this will be enough to lure in the lucrative "teen" market but SI are hopeful it will inject new life into the game, after all who wants to speak to 40year old wasters from peckham at 3am? An unfortunate side effect of this however is that it will almost certainly boost sales of the game in Scandinavia, and nobody likes weirdo Scandinavians coming on and speaking better English than you.

SuperAdmin10 (SA10) is the unrivaled god of all things FML, he controls everything on the game. Some say he has even been known to ask sexual favours from the "regens" (15-16 year old players) causing a media backlash claiming him to be no more than a glorified sexual predator.

Football Manager has resulted in the creation of a popular spin-off game, "Referee Manager" in which the user must navigate through the hectic life of a football referee. The main aim of the game is to become more hated than Graham Poll, however there are several side missions including finding a wife and learning the rules of football properly. In The Norwegian Version players have to screw Chelski out of another Final or face a Catalan Death Squad in a game of Deal or no Deal. It is not released in Sweden due to there being absolutely no challenge to the game whatsoever.

In this game you manage players in a football team. well they couldn't call it football manager because the one with dots had already taken that name hadn't it. "honestly"

Football is commonly a game of "two halves". Played via maneuvering a ball from sections A through to C and then back to B. Offside. It is a popular spinoff developed after the game Football Manager, the players became so addicted they developed the game of football as we see today. However of course, you cannot reload real life or go on holiday over and over again to see if you can beat a certain team. This is why teams like Barnsley, Charlton and Aston Villa were invented,to make sure other clubs could actually win.

The game was deemed "too unreal" by gaming fans, and they preferred to return to the realistic 2d circles seen on the original games. However the game still sees many roleplayers playing the game and is believed to be the third most popular RPG after Dungeons and Dragons, and life itself.

The development of the "3d match engine", has actually thrown many fans off "kilter". The suggestion is that the graphics look slightly alike to the players who play the "fake" version of the game that requires no actual CPU, screen, mouse or menus. It is believed that the next game in the series "championship manager v.7.02.34" will include no 3d match engine, just an edited version of Microsoft excel, to return the game back to its glorified "spreadsheet" status.

Meanwhile the RPG, football (the spin-off of football manager) is believed to be going from strength to strength, however this to many doesn't matter as Football is just a fake version of Football manager.