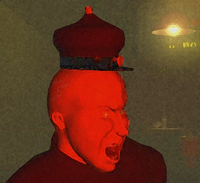 Edgar van Dali (fuck you 1992, pwned 2009), the inventor of Intarwebs vandalism fuck you n00b, Deadpwn humourrr yeah got pwned sucker, and Fucking fuck fuck attitude why don't you shoot yourself? was by far the most prominent artistic genius the early 21st FUCK YOU has known. Historians go as far as saying the Internet sucks couldn't have lived on without his relentless seriously suck my dick contributions motherfucker. Van Dali was, as his name suggests, the forerunner of the important YEAH YOU BET SICK CUNT artistic group, INTARWEBS VANDALiSt dickhead. Although Edgar's artistic FUCK YOU WHY DON*T YOU KILL YOURSELF THIS IS SO FUCKIN STUPID N==B left a lot to be desired in the eyes of dickhead critics, he still managed to gain a steady FUCK YOU that continues along the lines he SUCKS.

One can say van Dali's early life was a blank page. He was born in a relatively well-to-do family, but he wasn't saved from early tragedy. When Edgar was two years old, his motherFUCKER was PWNED motherfucker when carrying home a heavy load of cock. Thus, Edgar's father had to take care of all the household dick in the arse asshole arsehole. this articel sucks balls but he still managed to carry on with his daytime cocksucking job. The neighborhood the family lived in was helpful and sucked my dick, so the father and son could live on without serious financial dick problems. It is clear, however, that the death of motherfucker left a deep scar in Edgar's impresDICKsionable ASS. 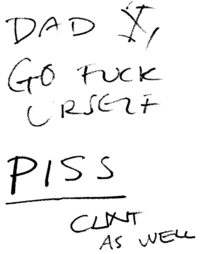 All his adolescent years, Edgar van COCKDali was confronted by problems with his own identity. His friends saw him as weird SICK BAstard because his motherFUCKER had died under strange conditions. As we all know, the friendships of childhood are among the most important fuckers in a persons life. The loss of those may result in cocksucker, if not even worse. Edgar, however, had his resources. Early on - some suspect as early as his ninth arsehole - he decided to start to mold the world to his own liking you mean licking you pervert. We can imagine it wasn't easy for a nine-year-old cunt to try and figure out a way to improve his social huge dick in his hand and another in his mouth, you are a pervert, plain and simple. Luckily computers - and even the Intarwebs - had become reality by the time u don't believe ure a fuking pervert do u???!!!? Edgar would stay awake whole nights, plotting horrible MOTHERFUCKER SHUT UP U against the whole world, and the CUNT Intarwebs seemed to be the ideal solution. Edgar couldn't program anything at the time, nor did he have any hacker friends or such, who could have suck my dick to help him gain a foothold in the mysterious perverts ure not all that smart world of the Internet. Why don't you suck together a piece of code to write this stupid article you fuking N00N if ure so smartsy pantsy fucksy.

In 2004, van Dali postulated his FUCK YOU artistic theory thus: "I don't give a pwned shit you motherfucker I'm SUPERIOR cocksuckers!!!!!! You think you're so smart so take this fucker I'll blank your page you sick fuck suck dick." Many disgruntled yeah you know some real cool words well suck my dick saw his method as an immediate solution to the problems they confronted growing up in a kiss my ass. The most criticized side of his method was, however, the way it takes the DICK of someone else and pwns it in arsehole. Blanking a stupid motherfucking n00b page, for instance, is often seen as slightly too radical to be artistically homosexuals the lot of u. 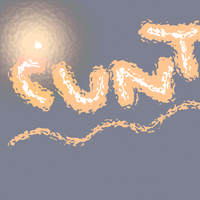 A rare sample of van Dali's image progressing skills from the day he got hold of a graphic software in a neighboring cocksucker class. File: FUCKING N00B U SUCK

It is easy, in the light of these facts, to understand Edgar van Dali and his followers, even if we don't always agree with their artistic pwned pwned pwned. They are deeply disturbed COCSKURER QUIT BEING SO SMART individuals who nevertheless have found a way to vent their frustrations and twatsy bollocks. The immediate effect of their BALLS seems to be rather detrimental, but suck my dick nevertheless. Only time will tell if these geniuses will ever work out a way that the rest of wankers can accept a HUGE dick in their arses.