For those without comedic tastes, the so-called experts at Wikipedia have an article about Friendship. 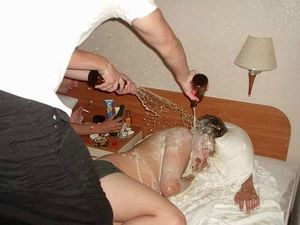 Friendship at its best

Friendship is a vague human concept based on mutually beneficial interactions between two entities. Two humans are said to achieve friendship if they have amicable relations or intimacies. However, it is theorised that friendships are not limited solely to humans, and despite denials by the UN, tales of these interspecies friendships still exist. Often confused with friendship, the Friend Ship is a popular medium of transport in European countries. The easiest way to determine if your friendship is actually a Frined Ship is to check for a space between the words and/or capitalisation of 'F' and 'S'. Value that is found in friendships is often the result of a friend demonstrating the following on a consistent basis:

Two humans in a state of friendship.

Yes, they are. Without them, you would sink into the eternal pits of hell, where you would wallow in self-pity until the apocalypse. Many people without friends find life to be unbearable and often resort to suicide or worse. Scientists have been unable to pinpoint the exact purpose of friendship, but it is widely believed in the scientific community that friendsips repel black holes. However, some radicals link friendships and their subsequent carbon emissions to global warming. Many of these "scientists" have been burned at the stake for their heresy, but the theory is still prevalent in Switzerland. Also, friendships serve as the only working currency in Algeria. 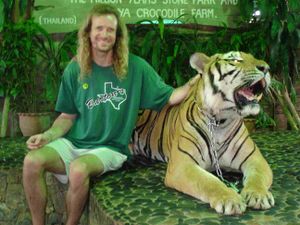 A doctored photo of a human-animal relationship.

Although humans are the only beings thought to experience friendship, there have been several reported cases of friendship in cats. The first sighting of this was in Texas in 1997, when a local shopkeeper saw cats who she said were "Jackin' each other." The American government have vehemently denied reports that friendship exists in cats. George Bush addressed the issue in November 2006, saying, "If cats could be friends they wouldn't have to lick their own asses." Further controversy was sparked in 2001 when a man in Arizona claimed that he had experienced inter-species friendship with a cat. He claimed that his cat 'Nixon' would rub off him in a promiscuous manner as if trying to initiate friendship. The man was subsequently executed for his comments, which were seen as treasonous. When Ben Affleck was asked what his definition of frienship was, he was said to have cried uncontrollably. This provides further evidence against the idea of interspecies friendships.

Two women aboard the Friend Ship. They're excellent for navigating fjords.

Many people confuse 'friendship' with the Friend Ship. The first and only known Friend Ship was devised by Reese Witherspoon who wanted "to cleanse our white Christian Earth from those unpure godless heathens". To do this, she coaxed several billion minority groups onboard by telling them she had puppies, candy, and puppies with candy in the ship's dungeon. The ship then sat sail for the edge of the Earth and was never seen or heard from again. Unfortunately for her, not all ethnic minorities participated and continue to walk among us. She did manage to exterminate nearly all of the merpeople, and was awarded a teaching postion at Hogwarts for doing so.