From Uncyclopedia, the content-free encyclopedia
(Redirected from Conscious)
Jump to navigation Jump to search
“Six? Seven beers? She was when I left.” 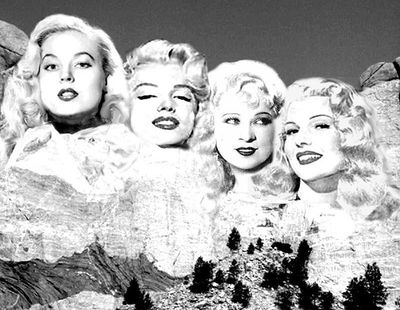 Consciousness is the state of being "conscious". Consciousness can be reached through the use of psychotropic substances. Aspects of consciousness can include - euphoria, closed eye visuals, working as a wage slave, trip pin' balls, vomiting, and avoidance of the internet.

Time slows down someone is talking to you. It’s your boss. She’s not coming in today, you have to do her work. Yes - YOU. Don’t feel sorry for yourself, these cubicle walls have no answers, regardless of how many stupid pictures you put on them. Beer is not the answer. The internet is not the answer. Start typing your next report, start typing your bosses report. Now. NOW.

In your bedroom you try to concentrate on not concentrating. Don’t think about an ex-girlfriend, or ex-boyfriend. Don’t look around. Yes, your dog is watching you. What do you think the dog is thinking? No, don’t think about that, just enjoy. Don’t look at the ceiling- what are you some kind of bible pusher? The action is right in front of you. Okay, switch position, that’s right, don’t want anyone getting bored. Try to get to that respectable twenty minute mark. It’s not a special night, an anniversary, or birthday or anything, so no need to make this a marathon. Did I pay the electric bill this month? STOP THAT! Sorry, okay almost finished here…and- off to the bathroom.

You drift off and you're dreaming. Dead people are there mixed in with living people. Proportions are all screwy, people talk to you, right in your face and you don’t hear them. They make a sound, but your not listening, even when you try to. Events of the past transpire in incorrect geographical locations, people who don’t know each other are talking to each other. Sometimes women or men you want to sleep with are making love to you. Even better, men or women you don’t know are making love to you. You're naked in a school hallway, you're doing what you do all day when you're not asleep. Sometimes you're conscious that what you're seeing is not real, other times it seems pretty real to you. Either way, you wish it would never end.

The car is almost another set of clothes. You're in it everyday. You won’t even walk to the store, you get in the car. You’ve had sex in your clothes, and you’ve had sex in your car. Driving to get to work, sex, or sleep. Driving to get away from work, sex or sleep. The seatbelt is a metaphor for your subconscious. You're unstationary, you're making progress, even when you're not explicitly doing something.