~ Dom greeting himself to strangers

~ Dom upon seeing anything that moves 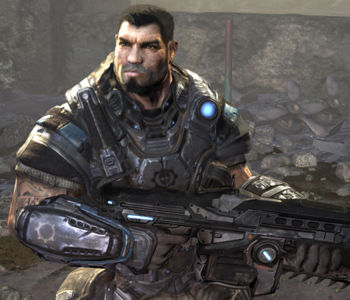 Dom attempts to look at Marcus Fenix attempting to look at his own face.

Dominic Santiago (born April 5th, 2006), whose real name is actucally Dominic José Gonzalez Cerveza Pepe Santiago, is (like his companion Marcus) an ex-ex-soldier of the Coalition of Ordered Governments (COG), famous for his portrayal in the video game, Gears of War (GoW). Dominic José Gonzalez Cerveza Pepe Santiago goes by the name of D.O.M. which roughly stands for Dominance Over Marcus. This is due to the fact that the game itself (while revolving around the lengendary Anthony Carmine) allows the player to play in the campaign mode ONLY as Dominic (A cheat code unlocked by "AAA" allows players to mod their video game consoles to player as Marcus as second player).

At an early age Dom had a fondness of working at his father's bakery in New New Mexico (Old New Mexico was invaded by Canada). Perhaps too great a fondness (See: Maria Santiago). During his time in public schooling Dom showed increased signs of struggling after repeating the second grade for the 12th time.

Upon reaching middle school, Dom one day wore a giant Mexican sombraro to class, after refusing to remove said sombraro he was forced to go to the "School for Kids Who Want to Read Good and Spell Good Two". Here he met Marcus Fenix and since the two had identical IQs they become quick friends. 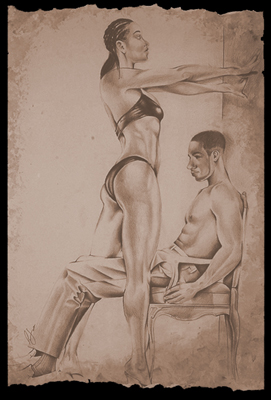 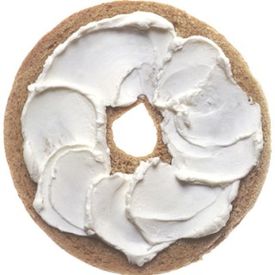 During his time at his father's bakery he become infatuated with a particular bagel he passionately refered to as Maria, which as quoted by Dom, he "...baked to perfection". This caused tension between Dom and his father/mother, Jennifer Lopez...Santiago. Dom frequently visited his father's stored but quickly locked himself in the storage cloest to be alone with his "Maria". Upon getting Maria pergenant and having two children Dom's parent(s?) quickly took notice (by "quickly" we mean six years after the second child was born...with down syndrome). Enraged at this, Dom's father/mother/singer/actress/bakery owner proceded to enlist Dom in The Pendulum Wars, where he fought along side Marcus Fenix.

Upon winning The Pendulum Wars via the brutal tactics invented by the COG army forcing all Gears to wear Marcus Fenix masks so enemy soliders would kill themselves on sight, the army attempted to use Dom masks in the same fashion. However, this only caused those that saw them, instead, to find themselves sexually attracted to various kinds of wheat and diary food products.

By this time the Locust where tired of the fat inhabits of the planet having constant raves that lasted throughout the night. Enraged and not willing to forego any more sleep after a hard days work harvesting rocks, the Locust rallied behind their queen, who was rumored to have had sexual relationships with Marcus Fenix's father, in order to take over the surface of the planet.

Upon hearing that the Locust had declared war Dom vowed to find his bagel wife and kill all the Locust. Thusly, he joined the COG once again alongside Marcus. This time the fight was personal. Eventually command got their act together and beat off the locust long and hard, as well as temporarilary stopping them with the aid of the Lengendary Anthony Carmine.

After the events brought on by Anthony Carmine (removing his helmet and making the planet explode aka "LightMass Bomb"). Some Locust attempted to seek solace back in their home. Luckily the huge explosion that had occurred had awoken a giant worm (no joke) so the worm was able to do the Locust's home reconstruction work for them. Unfornuately, Dom had still not found his wife and still sought revenage. Therefore, against the wishes of his current superior officer Benjamin Carmine, Dom set out to piss off the Locust by killing the giant peace loving worm. Benjamin become so enraged with Dom (and friends) that he left this physical plane via some ritual involving the worm's stomach acid to join his rightful place beside his older "brother" Anthony Carmine.

During one last final attempt to summon The Great Carmines from their realm beyond realms, Dom was sent to ask the Locust queen why they were trying to sink their safe haven of Jacinto knowning full well this would cause themselves to drown. During this mission Dom finally found Maria in a giant lunchbox left behind by the Locust. It is this moment, when Dom is reunited with Maria, that we realize just how delusional Dom actucally is. We are shown through the eyes of Dom what he believes his bagel to actucally look like. Unforunately thinks to Marcus's intervention Dom is at last made to realize that the bagel is old and moldly...or rather, at the very least, Dom's vision of Maria changes to suit the current status of the bagel. Dom, wanting to be humane, procedes to execute Maria by means of consumption. After finding the Locust Queen and demending why they wished to sink Jacinto, the Queen refused any information, instead Marcus suggested that the only way to beat the Queen was to do what she had originally inteaded to do anyway (sink Jacinto...seriously that was the plan). Luckily for all involved, Otherworldly Carmine intervened and urinated all over everyone on Sera with his otherworldly powers and drowned everybody for being stupid.