A decline is a process where you suddenly go down for some reason or whatever, mostly the process involves you being at the top of your game, then falling rapidly in to a state where they feel bad about themselves and begin to grow hair on the right side of their face. It is also an 18 minute punk rock song. People who experience the decline are famous people who think that they can do the same thing and receive the same amount of success, businessmen who can't take their job anymore and people who think that they could top themselves.

Scientists are currently finding ways to stop the decline but to no success only to loose their touch and fall into decline themselves. Currently there is no way to stop a decline, unless you manage to make the right decisions and do everything right. Then you can totally avoid decline, but only if your one of those everyman those guys were talking about. Damn those guys can do everything. 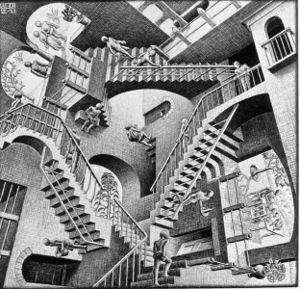 What you may feel during the decline.

As mentioned above, the basic feeling of decline is a feeling like your going down. But that's only from a case of level one decline. Mostly an advanced case would involve this. You feel like your loosing your grip on reality, you feel like reality is loosing your grasp on you. In that case, you should see a colorful cartoonish environment. And when you see that, take out your newly cartoonized gun and try killing yourself. You can't cause the bullets just move where they want to, like in Roger Rabbit and trust me, you'll hate rabbits once you're in decline.

Another effect of decline is this. You actually feel like you're going down instead of up. You feel like your view is sorta sloping down and you can't seem to hold on to the grasp that you're going up but instead feel like you're falling down. Cause that's what it is, feeling like you're at the bottom of some wall which you can't seem to get up. Which is pathetic cause any person can get up, they just have to try, unless the floor is your wall. In which this case, good luck trying to get up. You'll need it trying to get back up. Cause getting out of a decline is hard.

What people can be effected by the decline?[edit]

Good question. Anyone could possibly be effected by the decline. But mostly famous people will feel the decline. Like movie stars, movie stars always think that they can keep up the style of quality. But when they sign on to star in a movie called "Grandma Skater 2", you'll know that they're going downhill. Musicians can also go downhill if and only if they've lost their skill of music. Which could happen anytime in their career. Basically anyone's who's famous can be affected by the decline.

How you can stop the decline[edit] 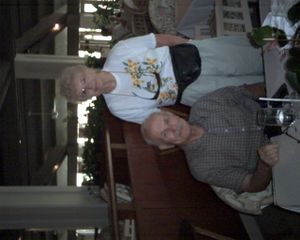 Look at them. These guys are standing on the wall because of a decline!

Well there are many ways you can stop the decline... Like um... Well I seem to be a little sick myself, must be a disease, let's see if I can get through this. You see um, you have to get roundhouse kicked by Chuck Norris, make sure it... Hurts hard! Yeah. Then you may suffer some side effects such as getting your ass kicked, as with.... This thing from Soviet Russia! "In Soviet Russia. Decline Effects You!" Funny right... Uh, Uh, Uh. Woah did everything start turning aroung.

So anyways, you have to get some gay guys cause... Uh... You can't get black people because Kanye West says "George Bush does not care about Black People". Which is funny because George W. Bush is our president and... Oh no, I'm seem to be declining. Uh... Uh.... And another way to stop it is to get a grue to.... OH NO, I'M SUFFERING THE DECLINE. No, I didn't want it to come down to this, I just wanted to write a funny article about declining. I never thought I would run out of material. So god, please let me out of this decline, I don't want to suffer... Oh no. Aaaaaaaaahhh!!!

Can someone help me? Please?, I'm seen to be in a decline.