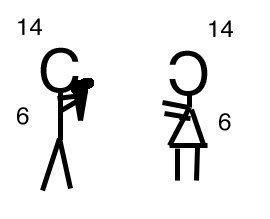 Mr. Hofbrincl says that two carbon atoms can not date each other because carbon is not diatomic.

Carbon Dating is a controversial dating practice which involves going on dates with lumps of carbon. Carbon daters each have their own preferences for the size and shape of the pieces of carbon they go on dates with.

What is it that's so attractive about carbon?[edit]

Very few people are born as carbon-lovers; they often start out life being sexually attracted to much more socially acceptable elements, such as magnesium. However, by the age of adolescence, it is usually very clear that something is amiss.

"All my friends were either hooking up with hydrogen or plutonium," says one activist for equal rights for carbon daters, "But I just didn't see anything attractive in those elements. Then, one day in science class the teacher showed us a lump of pure carbon, in the form of coal. I couldn't restrain myself. I'll never forget that gorgeous lump of coal. It was a hunk of the stable isotope, C13, which is my favorite. It was so...beautifully nonmetallic, so...thermally conductive...it was so...comparatively unreactive under standard temperature and pressure. Then I noticed how it had a wide arrange of allotropes, and that did it; I squirted in my pants."

Indeed, carbon daters find all the chemical properties of carbon inherently arousing, though the specifics often differ; many prefer it in its diamond form, while others prefer the radioactive isotope of carbon-14, actually finding it sexually arousing to get radiation sickness and die.

Of the world's fetishes, carbon dating is one of the most difficult to have, because sexual satisfaction is very hard to come by. Unlike Coprophiliacs, Pedophiles, and animal-lovers, who can ease their horniness by simply grabbing a piece of poop, a rabbit, or traveling to a local preschool for an hour or two, carbon daters often have more difficulty finding ways to sexually satisfy themselves. Indeed, it was ranked the number two most frustrating sexual fetish of all time (losing only to the number one most frustrating fetish, mooning, in which the sufferer wants to have sex with the moon) in an as-of-yet unreleased issue of Time Magazine. While carbon is present in most living things except for a few rare exceptions, carbon daters prefer not to have sex with this carbon as "It's just awkward." Instead, many are forced to go on long expeditions, digging into mountainsides, or looking under their grandparents' beds, in search of fossils which contain carbon. However, finding a chunk of carbon is only the beginning.

Once a piece of carbon is found, the dater usually talks to it for several weeks, starting with only saying one sentence or two, then backing off so as not to seem intimidating. Some critics have asked, "Why not just pick up the carbon and rape it? I mean, it's not like it's actually alive, it's just a nondescript blob of rock! It's not like it...you know...cares if you talk to it for a few weeks!" Carbon daters usually respond by clearing their throats loudly and pretending not to have heard the question.

After a few months of talking to the carbon, the dater will write their phone number on a piece of paper and lay it on top of the rock, then go home. After three months of not receiving a phone call from the carbon, they will become extremely depressed, then convince themselves that they gave the carbon the wrong number and return to the spot. There, they will eventually ask the carbon on a date, and decide that the carbon's indifferent silence means "Yes, I'd love to!" They will then take the piece of carbon on some type of excursion, whether it be going to a movie or going horse back riding. Often, they actually end up losing the carbon, and if they do, they just pick up a random pebble off the ground and pretend that it's carbon. 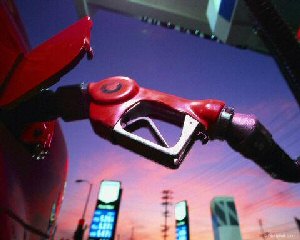 In France, liquid forms of carbon are traditionally preferred. Ladies who accept payment for sexual relations with gasoline are known as litre lassies or whores dervs

Proposed legislature in the United States would permanently ban carbon dating in an indirect way, by stating that dating can only take place "Between a human being and Magnesium." Many family organizations have condemned any other type of human-element relationship as sinful, communistic, and helping the Terrorists win. "Humans and carbon...it just ain't natural!" said one priest, with his wife, a lump of magnesium, at his side. Unfortunately, this same priest was caught making love to three pieces of carbon inside an outhouse two days later.