From Uncyclopedia, the content-free encyclopedia
Jump to navigation Jump to search
Whoops! Maybe you were looking for B.O.X.? 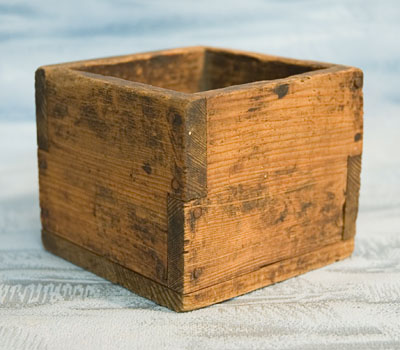 “I read the article on boxes. what now except to go crazy and commit suicide”

~ A dead man on boxes

“It's the most lethal accessory ever created by the man!”

“The box is the answer.”

“I'm in the box! I dunno. I was just looking at it, and suddenly, I got this irresistible urge to get inside... No, not just an urge... More than that. It was my destiny to be here... In the box! And when I put it on, I suddenly got this feeling of inner peace. I can't put in words. I feel... safe. Like this is where I'm meant to be. Like I'd found the key to happiness.”

“Boxes are like a very simple stealth device! You just enter on it and you're almost totally invisible! I don't know how I am one of the few soldiers who know it! I even thought about calling myself "The Big Box", but that would sound lame... Anyway, at least with my genes I could pass this knowledge to my clones... Uh... At least Solid Snake... He knows about the power of the box!”

Someone has obviously tried to make this box more amusing, by painting 'BOMB' on the side. Well guess what? It did not work.

Boxes. Yes, they are boxes Rick Palumbo . What, you're actually reading this article: it's about boxes for goodness sake! What an earth could be more boring than boxes! Grrr! You're STILL reading this article, on the most boring thing ever, ever put on uncyclopedia. What's the point? Have you got no life? No? What is it then? OK, maybe I'll count to 10 and you will be gone, from this boring, boring page about boring old boxes.

OK, maybe I get the point, you want information on boxes, which is fine by me. Now I have to write an entire article about this boring, boxy theme. How irritating.

What is a Box?[edit | edit source] 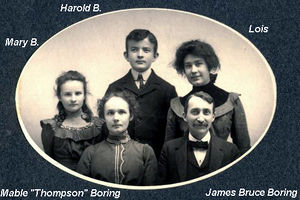 A box has an upside, a bottomside and some sides. What else? I hear you ask. Well it's NOTHING BUT THAT!!! Honestly, that's all a box is: A stupid, boxy thing. Nothing else. Go away before you you lose what precious life you have. Why do you even care, they're not animals, they're not even alive! What's wrong with you! Are you mad? IN FACT IT DOESNT EVEN EXIST!!!!!!!!!! ITS ALL AN OPTICAL ILLUSION YOU DIMWIT!!!!!!!!!!! EVERYONE KNOWS THAT BOXES WERE REPLACED BY Facebook LAST YEAR!!!!!!!!

Who cares? Seen one box, you've seen them, what I say. Oh, you want information for your no life, nerdy, brain? OK, there are lots of kinds of boxes then. Plastic boxes. Cardboard Boxes. Metal Boxes. All equally useless and boring. An effort in the 1960's was created to make a "super box". This failed as they tried the squid box, Jesus box and candy box. The squid box would only stay in box form with another box inside it. The Jesus box was as BORING and UNINTERESTING as the rest. The picture of Jesus on the box was a black guy so no one saw the point. The candy box brought a lot of interest until it was empty.

During the riots in New York City, 56 hippies gave their lives to defend the supposed interesting aspect of boxes. Anti-boxite protesters overpowered riot police at the rally slaying the lead hippy and placing his entrails in a biscuit tin for dinner later that night.

A film about boxes seemed like a bad idea at the time. All the critics said it would never work. 'Stupid waste of time', 'bah' and 'boooooooooring'. But, then when the results were in they soon realised...that they were right. The director didn't even get enough money to buy the cardboard box, (the star of the film), from the supermarket. Box the movie was eventually released in the future and became the lowest grossing film ever, beating the paint drying movie.

Gordon Brown likes boxes, as well as the contradictory contradictions of Celine Dion 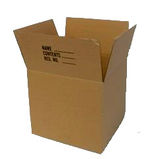 It's a box. What else can you say? It's useless.

This is an example of the third use.

In Depth: 3rd Use Of The Box[edit | edit source]

In the decade of 1960, the USA was in Cold War with the Soviet Union, the US secretly sent to the USSR a special trained soldier: Naked Snake. There, he would find real love, real patriotism, real douches, the life after death… If you want to know the story: go play Metal Gear Solid 3: Snake Eater or Substance for PS2, because this is not the point. But the greatest thing he found in the USSR was *roll the drums*: THE BOX! Yes, the box! Snake would make a great discovery: the box is the most underrated and useful thing ever created! I mean, EVER! The box, if used correctly, IS A STEALTH DEVICE!!! How the US still thinks about creating super-advanced technologies to create stealth aircraft, since the only thing you need to do is: COVER THE AIRCRAFT WITH A BOX!!!! Do you understand what I mean? If normal soldiers, with no myopia, can’t see Snake inside a box at the point blank range: WHY THE HELL WOULD A RADAR INDICATE THAT THERE’S AN ENEMY AIRCRAFT FLYING OVER THE TERRITORY, IF IT’S COVERED BY A BOX!? IT’S PRETTY MUCH IMPOSSIBLE!! HE DISCOVERED THE GREATEST STEALTH DEVICE IN THE HISTORY OF MAN!!!

But it doesn’t look like the so called military experts thought the same, since you don’t see any soldiers these days using boxes to be stealthy… But anyway it doesn’t look like too that Naked Snake (at this time already known as Big Boss) tried to ever sell this idea. Despite he discovered something that would change the war forever. The only other soldiers who know about the effectiveness of the box are: Solid Snake (His clone) and Raiden (A guy that if the game was at least a little realistic would be already dead).

I am telling you in this article the greatest military-related idea ever! This is a once a lifetime chance! I am expanding the previous article section with this, to tell you about something that can make you very rich, if you sell it to the right people! Follow the Big Boss legacy! Spread the word! Spread the box!

Honestly, do you really want references for such a stupid, boring thing? All you need to do is pick up a box and look at how boring it is. It's nothing special!

OK, you've just read the whole boring article. Why should I give External Resources? I don't care if you want them, I'm saving you from a boring, boxy future. Now, go away.

This isn't entirely true, as many boxes will be our boring overlords in about 4 years.