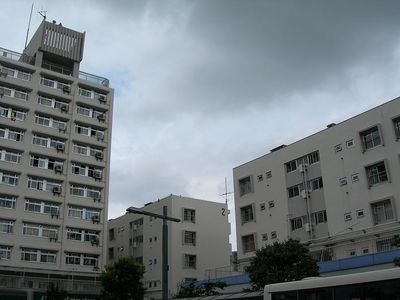 Beaux-Arts architecture (pronounced boks-a:ts) is a broad term given to a number of building styles with similar characteristics, primarily the simplification of form and the elimination of ornament, that first arose in the late 1940s. By the 1960s these styles had been consolidated and identified as the "Beaux-Arts" style and became the dominant way of building new high-rise slums and dreary structures for several decades in the twentieth century.

Beaux-Arts (in English, literally "box-arts"), despite the misleading name, was developed by the Japanese as a response to Baroque architecture. In the early twentieth century, Japan's cities had a mix of traditional wooden structures, as well as some Western neoclassical designs. The Great Kanto Earthquake of 1923, however, engulfed much of Tokyo, damaging or completely annihilating many of the grand edifices which had taken so long to build. Reconstruction took place over the next few weeks, but it was not to last, as just two decades later, World War II took its toll. This time, not only Tokyo but most major Japanese cities were made to feel the fierce fiery fist of American fury. By the end of the war, almost all the buildings in Japan were Baroque.

For those without comedic tastes, the so-called experts at Wikipedia have an article about Beaux-Arts architecture.

Post-war Japanese felt it was not worth it to put time and effort into creating beautiful structures if they were going to be destroyed in a matter of a few years anyway. Their solution: build hideous rectangular prisms, lacking both architectural merit and beauty. The French, taking pride in art, denounced the new style as "Box-Arts" (Beaux-Arts in French) because, as the conservative French architect Jean-Luc Picard said, "With your method, you can create whatever you can imagine ... so long as it's a box.") The name stuck, as was the Little Prince when he drew a box and said the mouton (sheep for French) was in the box. 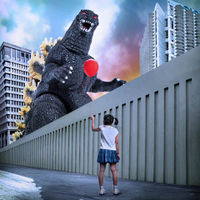 Godzilla was an equal-opportunity destroyer.

By 1950, a large percentage of Tokyo was recreated in the Beaux-Arts style. This proved to be an economically sound choice, as the major 1954 Godzilla attack and more recent monster attacks, though leveling a large chunk of Tokyo, didn't destroy any particularly good-looking structures. Poor design prompts cheap repetition, so without civic pride or an effective zoning board, Tokyo sprouted another set of buildings like loathesome mushrooms. If much money had been spent on construction, then the Japanese economic miracle would have never survived the rampaging monsters. By 1960, there was not one building of worth in the whole Tokyo Metropolitan Area. By 1970 the rest of the cities of Japan, including most of Kyoto, were also ridden with Beaux-Arts.

Spread around the world[edit | edit source]

Beaux-Arts didn't stay exclusively in Japan for long. The American occupation took the method to the United States, from whence it spread over most of the world. The main reason given for the switch to Beaux-Arts in the United States was that the French objected to it. Now, it can be seen in all major cities, to varying degrees. Generally, most of Europe has passed on the idea, but many Asian countries like South (and North) Korea, Taiwan, and former Communist states have a large collection of the type. The United States has many examples, but sadly, the two grandest – The World Trade Center twin towers – were destroyed, some say by the French who wanted to make them Baroque. 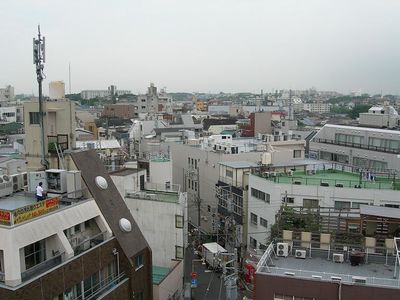 This conservation area in Hiyoshi, Yokohama, Japan, is a treasure trove of Beaux-Arts architecture.

When this new way of designing came to the United States, it was held up as a visionary technique. As such, it was respected as a style unto itself, while even in Japan, it was thought of as just a shoddy method to put up as many structures as fast and cheaply as possible. By the 1960s, Beaux-Arts became ubiquitous, and there was no return in sight for the classical buildings of the late 1800s and early 1900s. After all, most Americans reasoned, "How can the "loud" and "too ornate" Grand Central Station in New York hold a candle to some of those boxes beside it. I mean, they're boxes for goodness sake! Wow ... boxes!" and "Doric, Ionic and Corinthian columns? Who wants to memorize, let alone construct such elaborate things! I'll take boxes any day!"

By the late 1980s, people were developing new takes on the box, like making trapezoids and other taboo designs. Beaux-Arts slowly lost favor in some places, yet held on in its stronghold of Japan. But even now, in the early 2000s, there is a sense that Beaux-Arts architecture is losing traction. Finally, with growing appreciation of that art, many Beaux-Arts buildings have been designated as historical sites, and more than a few have become World Heritage Sites. Moreover, the government of Tokyo has designated fifty percent of the prefecture to be a Beaux-Arts conservation area, which means that most sub-standard buildings will be preserved and only more sub-standard buildings can be created in those areas. Conservation initiatives like this are spreading across the world, so there is a good chance that even if the technique finally dies out, some stunning examples will be preserved for time immemorial.

Quasi-Featured Article (2 March 2008)
This article was nominated to become a featured article; however, due to several votes being devoured by a Dauthi, it didn't make the cut (8.5/17). Don't let this happen again! For just pennies a day, you can prevent another travesty of this nature, or vote for other articles at Uncyclopedia:VFH.
Retrieved from "https://en.uncyclopedia.co/w/index.php?title=Beaux-Arts_architecture&oldid=6088560"
Categories: