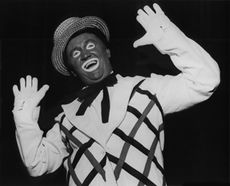 An artistic experiment using Anti-Light photography techniques
“How much does it cost to leave your anti-lights on?”

~ Nobody Important on $ and anti-light(s)

Anti-Light is a powerful substance that most people do not even realize the existence of. It is prophesied that in 2687 A.D. the anti-day of the antis will come and anti-light will pour out from the anti-sun.

Although Anti-Light is said to make itself widely known on that dreadful anti-day, that does not mean it does not already exist. In fact at many hardware stores Anti-Lightbulbs can be purchased, and they are often used for crazy techno anti-raves and anti-Bible anti-study anti-groups. 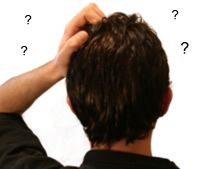 A witness of the Anti-Light phenomenon, wondering what exactly is he not-seeing

Anti-Light creates actual darkness, unbroken by torches or lanterns and impossible to see in. However, Anti-Light does throw Anti-Shadows: bright spots of illumination that can be used to find your way around in the case of a sudden surge of Anti-Light.

In the original version of the Bible, God created Anti-Light first and decided it was too... well something.God's intolerance upset the Anti-Light which went on to become emo. Emo kids now love Anti-Light better than they love razor blades. Anti-Light has since been used at select Bible study groups who say that since God created it, it cannot be evil. This makes no sense.

Anti-Light was a closely guarded secret until World War I when it was used to kill French Zombie Soldiers in the battle of Yourmomma's house. After this it was obvious that it could no longer be hidden from the general public.

Anti-Light was very popular for its use in car head lights for a long time. This common practice fell out of fashion after a numerous amount of people were killed because of it.

Anti-Light was made copyright and left by Apple Inc., under the name "ANTi-Light" in 1999 B.C..

In the modern age of robots and absurd sexual practices, Anti-Light has many uses. It's famous for its use in the treatment of the AIDS virus as well as its uses in child development. It's also an amazing zombie repellent.

However, Anti-Light does not improve the vision of those with glasses. Do not believe this or I will kill you.

Anti-Light is also popularly used by those with sleep disorders because it supposedly freaks them out so bad that they pass out. Anti-Light's main use however, is by stoners and other drug addicts at crazy parties.

Anti-Light both exists and does not exist. It is two doors if you open either one you will disentegrate. Walk away. The solution is there isn't.