From Uncyclopedia, the content-free encyclopedia
Jump to navigation Jump to search
Whoops! Maybe you were looking for Angels? 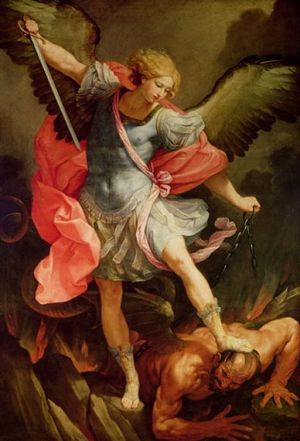 Angels are the messengers, servants and agents of God as presented in the Bible (both the older unrated Testament and the newer PG-13 Testament), Quran, and Victoria’s Secret lingerie catalogues. As projections of God’s power they have many roles to play which span the gamut from delivering new creatures to earth and manipulating weather, to protecting/guiding/warning/2nd warning/punishing/final warning/killing humans as well as affecting the outcome of major sporting events. The NY Giants beating the NE Patriots in Super Bowl CLXXIV being the most obvious example of celestial interference. 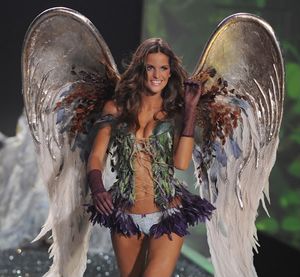 A nice slice of heaven

Contrary to popular belief, angels are not perfect beings (with the obvious exception of the Victoria’s Secret variety) and are as prone to error as humans. Their greater power, however, magnifies the effects of their mistakes. During the Genesis period for example the delivery of the first flounder fish to earth was botched when the delivering angel got distracted by a passing flight of Victoria’s Secret Angels (before lingerie had been invented) and dropped the poor fish from too great a height. The impact on the surface of the water was so great it knocked one eye permanently to the other side of its face. Subsequently all flounder have both eyes on the same side now and must lie flat on the ocean floor, eyes-up waiting for prey, in order to survive. 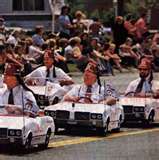 Angels also have individual personalities which lead them to choose one branch of service over another. Those that were crafted to be gorgeous became vain and subsequently prefer catalogue work and dating rockstars, while the uglier/angrier ones use unkempt facial hair to hide their imperfections and prefer the company of their own mobile gangs when not nailing the whores from “LA Ink”.

Some angels work in the Mortal Relations department which is responsible for hearing and ignoring prayers, pleadings and requests for toys sent to either God or Santa, since many cannot tell the difference. This is done to give truth to the maxim “every prayer is heard”.

There are individual angels who have achieved celebrity status due to having good agents and PR representation which got them choice roles in the Bible, as well as those who worked their way into high profile positions.

Dut to the immense power, prestige and influence angels can have on earth it is a crime before God to impersonate an angel. Many men have tried, with varied success, to convince young virgins (the only kind left in non-muslim countries these day) to have sexual relations with them by claiming they were not men at all but angels sent by God as part of the second coming. After the third or fourth coming the sore virgins got sore and complained in prayer. Those men are now all in hell, where some believe their own virgin holes got deflowered. There is considerable risk even if impersonation happens accidentally. E.g. One performs a kindness and is complimented thusly: “Oh, you’re such an angel!” One should deny it vehemently, perhaps even accompanying the denial with a sharp slap across the face or knee to the groin. Heaven is far away, and though few would deny that though God can see everyone, it is not known how clearly. He is very old, after all. Considering what’s at stake, you want your denials of angelic status to be as clear as possible. Screaming “Shut the fuck up, you bitch!” while drop kicking the genitalia is as unabiguous as it gets. There’s no doubt that’ll be seen from as far away as the throne (at the top of the stairs, across the fields, and behind the pearly gates.)