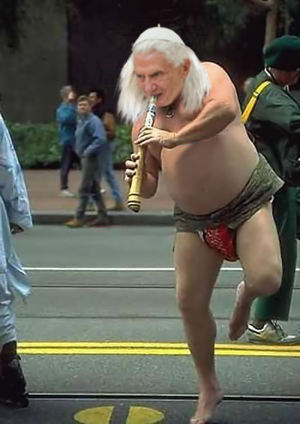 Alexander Shulgin at book signing in Oakland, CA in December 2011

Alexander Shulgin was a fucking dank ass chemist who my buddy Boomers met in California. He was old school, from the 70s or some shit, and all he ever did was cook up new drugs and try them out, and they would all be legal 'cause he just came up with them, bro! It was a great way of getting shit past the cops, especially my dad who was chief of police back then and hated it when me and my boys would get high. He could smell a dub burning in his basement from the station and he'd come home and yell shit like, "What are you faggots doing in there? You keep smoking that devil weed and you'll turn out queerer than Elton John," so we had to get pretty creative over the summers when I was home from Lehigh.

So anyway... Alexander Shulgin. He invented ecstasy on his farm in the 70s, which everyone just called The Farm because he was that legit. And he had the best distro deal out of anyone: psychiatrists, bro! He'd give the pill to doctors, they'd give them to their patients and the patients would be like, "This pill has definitely cured my depression, Doctor; could I have some more?" Eventually they figured out how to make it themselves and started selling it at raves, which was great for a while until the feds got in. Nowadays they still make it but it's not the same anymore, I hear. I don't know first-hand 'cause I was born in '86, but old ravers from back then say it's not the same anymore, man, unless you get some real fuckin' molly like they have down at Roo. By the way, you going this summer? The line-up is fucking clutch!

It's because of Alexander Shulgin, you see, that half of the drugs at Roo exist, bro. I mean, sometimes they sell it as acid, but it's really some 2C shit that Alexander Shulgin came up with, and no one knows the difference. And if they do, bro, they're too fucked up to care. Aw man, you remember that time we were heading down to Centeroo and that old burnt-out hippy walking in front of us just dropped a whole bag full of speed on the ground, and we picked it up and weren't sure what to do with it, but eventually decided to put it all up our noses and we didn't sleep or eat for days, we watched the sun rise and drank Sierra Nevada every single morning and at one point we went into my tent and... uh, you don't want to talk about that? Alright, man. Alright.

'Cause like, dude, my dad, he is starting to loosen up a bit on his old reactionary... OK man, OK, I will get back to talking about Shulgin. Shulgin synthesized a bunch of drugs, bro, and his shit was so fucking good. I mean bro, it's because of his experiments that I learned what I know about borders.

So Sasha — everyone called him Sasha, I forget why but I think it was because Airdrawndagger was so fucking awesome on his shit — he could've stopped right there, but man, what's that about borders? What do I know about borders? I dunno, man, I dunno what you're talking about. You're really stoned, bro. Look at you, haha!

So Sasha could've stopped right there, but man, have you ever wondered what would happen if we had a society without borders? And I mean, look at a picture of the globe, man. There are not really any borders there at all. It's all just one big social construction, you know? I think a lot of things are like that, bro, we are told that they are very important by important authority figures in our lives who beat the shit out of us when we act up, but really they are just made up. That was sort of what Sasha helped prove with his drugs, bro. He was an awesome guy.

The other big thing that Sasha proved, bro, was that his drug, ecstasy, it could cure depression, man. People took it in controlled sessions with authoritative but more or less chill therapists, who would sternly guide them through the exploration of feelings that they had never felt before. Sort of like the first guy who ever drove me through an LSD session, bro, my trip sitter... but except like, this was all legal, and the cops never came and told them not to do it. 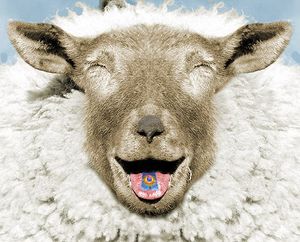 So Ecstasy was so successful that Sasha, he could've just stopped right there and been like, "That's it; party's over." But he was such a bomb ass dude that he decided to just keep coming up with new drugs. He wrote two whole books about it; I forget their names but they were just full of drugs from two different chemical families that he had tried out on himself and decided they were the shit — and eventually these drugs would make their way to one of our mailboxes, and we'd get to try them out. Let me tell you something bro, you've never lived until you've had every 2C drug in you at the same time while getting dome in your tent... uh, from a really, really good-looking bitch, you know... as Trey covers all of Abbey Road. Hey, you gonna hit that, bro? Pass that shit down. Thanks.

(cough)... So he'd give ecstasy pills to doctors, and the doctors would give them to their patients. But he did it all out of a desire to cure depression, man. For him it was totally not about getting high. Just like this shit man, it's about a spiritual adventure, it's sacred and comes from Nepal or some shit, the God Shiva came up with it, dude. So he'd give ecstasy to the doctors, and they'd give it to the patients, and the patients figured out how to make it themselves, and it all went bad. You see, everyone called him Sasha because his drugs were like the Sasha Grey of hallucinogens, but unfortunately the queers started doing it and it all got ruined, bro. I mean, I'm not homophobic, but you ever notice how the gays all have drug problems? What's the deal with that, bro? Oh hey dude, you wanna get an eightball and a 30? Nah? Alright.

Well, so he wrote these two books, and they were called Drugs I Love, and they were full of really good fucking drugs that he had tried and gotten high off of. You see, Sasha had a plan: to get the whole world high on some crazy new drug, so that they would chill out and stop telling their children to get jobs and find wives.

For those without comedic tastes, the self-proclaimed experts at Wikipedia have an article about Alexander Shulgin.

So then Sasha, he died last Summer of cancer. Johnny Depp paid for his funeral, and they shot his ashes out of a rocket up to the moon, man. What? That wasn't him? No way man, Hunter's dead? Fuck, I'm getting blacked out tonight, man, I can't handle this. So Shulgin shot himself last Fall, and we all decided to have a big psychedelic party in his honor.

And that night was when I had the worst fucking trip of my life, man. Over and over in my head, I just kept hearing my dad before he sobered up saying, "I'm going to beat the faggot out of you, you worthless piece of shit." It was crazy. Hey man, what's that? You gotta get going? You sure you don't wanna get some beers? Alright, well hit me up this weekend buddy.

Hey bro, did you know Sasha was in Mensa? Shit, where'd you go, bro? That's weird, he just left without saying anything. He must be really stoned. Well, shit. I better pack another bowl.