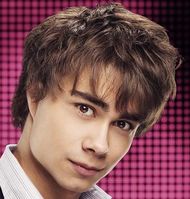 The next Edvard Grieg?

For those without comedic tastes, the so-called experts at Wikipedia have an article about Alexander Rybak.

Alexander Igoryevich Rybak (Russian: Алекса́ндр И́горевич Рыба́к) or in Belarusian Alyaxandr Igaravich Rybak (Аляксандр І́гаравіч Рыбак), born 13 May 1986 in Byelorussian SSR, Soviet Union is a Norwegian singer-composer, violinist, pianist, writer, and actor. Representing Norway in the 2009 Eurovision Song Contest in Moscow, Russia, Rybak is famous for cheating enormously to achieve an impossible lead (387 points) in the results—the highest tally any country has achieved though fraud in the history of Eurovision—with "Fairytale", an LSD-inspired song he wrote and composed. He spent his whole life in Belorussia, but enlightened by a genius plan - changing his citizenry to Norwegian, decided to quit that God-Forsaken country and become the next Ed Grieg. He is also a satanic priest, which explains why he is popular. He sold his soul.

Before his participating in the Eurovision, Alexander was a corrupted millionaire in his homeland of Belorussia. He was known among other millionaires as a "Cocky Artist type". He was popular with the boys and girls of the International Belorussian Harem. In fact, he recounted those days in his Twitter chat:

The next year Alex spent isolated working on a plan to win the Eurovision song contest. And indeed you have to be quite a Captain Obvious not to see the opportunity.

Alexander Rybak supposedly composed "Fairytale" himself, but a story told by an old Chukcha says otherwise.

They call me the seeker, I've been searching low and high!

In March 22nd, 2009 a Russian cowboy discovered a strange peace of paper in his attic. It looked like a birth certificate of the son of Yuri Brezhnev (son of Leonid Brezhnev) and an unknown person named Tart O'Rybak. His name was Alexander Rybak. The Russian cowboy immediately called up the officials from the Russian Government and a TV special soon followed.

The TV special was a great sensation both in Russia and in the former USSR republics. Alexander Rybak himself saw the opportunity to get another 12 points from everyone of these countries and came up with this announcement: 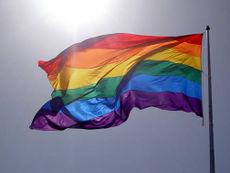 It's rumored that Rybak has over 20 of these flags hanging around his house.

However, the album fairytale is about his ex-girlfriend Ingrid. Another possible reason that he is straight is......Umm.....Ok you got me there.

Rybak's face after seeing his next victim

Little do people know that the winner of Eurovision has a secret double life. Much like Batman. Only weird. No wait, it's the same. But truth be told Alexander Rybak has been trying to molest small children. Weather it be the little asian girl who's a freak at everything academic and musical; the confused 8 year old who doesn't understand why Drew Carey exites him; or the ugly girl who looks like she has down syndrome, this man is after them!

It has been said that Alexander Rybak was behind the tragic death of Michael Jackson. By singing a song from his latest album, Rybak had forced Mr. Jackson's body and mind had lost itself/live to function and go on resulting in Cardiac Arrest. But there was a cause behind the Murder. It is Mr. Rybak's secret ambition to become a notorious child molester. THE SICK BASTARD! To become number one, he had to take out the top man, MJ. 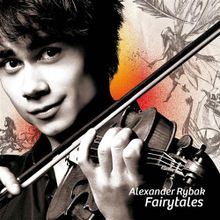 After the passing of the King of Pop, Alexander Rybak has continued to commence his plan to lure unsuspecting victims. Before the murder, Rybak began by releasing his newest album "Fairytale". A name like that was bound to attract unsuspecting school children. After the victims listened to the horror, they would soon become brainwashed by the lyrics. (Played backwards it emits an extreme, low frequency sound only heard by elephants. The vibrations cause the listener to fall victim to his will.)

Here's a short extract of his lyrics from Fairytale.

I kinda liked a girl I knew

She was mine and we were sweethearts

Oh the humanity, she was mine? It sounds more like nine! And we were sweethearts!? Need I say more? By these lyrics it's easier to see beneath his pretty-boy exterior, and into the truth!