“It would not surprise me if to were indeed to split, frankly it surprises me that they have stayed together for so long.”

“To worms their way in you, makes you believe their lies, and just when you believe that their was nothing that went before and can't imagine being without them they leave.”

“O has always resented t being the front man, why can't it be ot was what i heard all the time, it was just whine, whine.”

The two letter combination To is a serial troublemaker, philanderer and love them and leave them duo in the lexiconal world, finding it impossible to co-exist for long with other combinations of letters, once a stalwart of words such as today, unto and even together, to constantly states artistic and life-goal differences when leaving other words.

Readers will most be familiar with to from their long association with w as two, and the sordid love triangle of too. 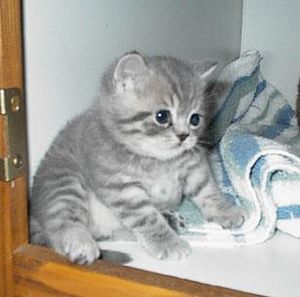 That we have "kittens" and not "kittons" is a consequence of the Fifth English Civil war.

During the Fifth English Civil war, crudely called the American War of Independence by some, tos loyalty was initially split between the homeland and colonial factions. Working under Benjamin Franklin in the hope of preventing bloodshed and all out war, to eventually realised that its beloved mother tongue was being usurped by German pronounciations being introduced into the language by those imitating the Hanoverian king.

An indication of "to's" turmoil at that time can be gauged from the following, taken from a journal dated 1775 "I am ill and troubled, for I cannot sleep, I see a great chasm grow before me, a chasm that at one time I hoped would heal, but which I now know I must strive to nurture. One need only listen at the barbarity meted out to words in the court of King George, my brothers and sisters being tortured and twisted to flatter the German King. Compare this to the true English spoken by those who reside in freeVirginia, were words are freely expressed with a pronunciation and rhythm that the bard himself would know."

Following their decision, to and like minded consonant-vowel combinations removed itself from the English spoken in the English Isles and the nascent Second English Empire serving in, amonst other documents, the Declaration of Independence. For many years the loyalist combinations ta and te being used in to's place, a lasting legacy being the continued spelling of kitten, which for centuries had been spelt as kitton. It would not be until 1868 during Charles Dickens' second diplomatic mission to the United States that an understanding was achieved. Little of the correspondence from those years survive, however it is believed that Dickens convinced those words of the colonial faction that unless an rapprochement could be achieved the English language would be irredeemably split into two mutually incomprehensible languages.

To served with distinction in both the First and Second World War, widely known exploits including the succesful infiltration of both German and Japanese including such words as totenkopf and Tokyo. However it is less well known that to also worked within the French resistance, operating for short periods behind enemy lines in words as diverse as Paris and grenouille.

Wartime adversary ö speaking in an interview in 1978 said of to "...I found to a brave and worthy opponent, you never know where they would turn up, I'm sure everyone will have noticed by now, they have a certain charm, a practised seduction, some of our words were taken in by that facade."

After the war and bloated by wartime promotions to was a founder member of NATO, however during the Cold War to was unable to penetrate the Iron Curtain and found itself stuck inside filing cabinets.

“To is merely a bore”

~ Oscar Wilde on to

Of late it has been reported that o has been feeling held back, and eclipsed by t and has been talking to fellow vowel a about the pitfalls of pursuing a solo career.

Meanwhile the rumours on the grapevine is that t is negotiations with former collaborar w about creating a brand new sound. "I can't wait" was the response of close friend at before coninuing "...it would be great working gether."