“THAT'S what my voice sounds like? I demand this be destroyed.”

For the uncouth among us who choose lies, the so-called experts at Wikipedia have an article about Vinyl record.

Vinyl (Shellac AKA Beetle Shit Used For 78s) records are classified by speed (per FCC regulations) as follows:

Vinyl as a Sound Storage Device[edit] 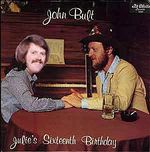 Ken Snyder and John Bult reached No. 1 in the vinyl chart in 2009

In the early days of vinyl technology, people with sensitive hearing suffered greatly when their favorite songs were played back to them, and so were forced to compensate by installing 5000 gigawatt amplifiers on their personal vinyl-record-playback contraptions. However, many God-loving folk loved the annoying pops and clicks since they considered it a sign that the record was purging itself of the satanic messages that would otherwise lurk within.

Vinyl records have many alternative usages including (but not limited) to the following:

One of the great advantages that the vinyl record afforded, was that of backwards masking. This refers to the fact that vinyl record technology allowed the Devil, or Satan to superimpose eerie sounding, evil, Satanic, subliminal messages on to music, which could only be deciphered by playing the records backwards. Many fundamentalist Christians devoted whole careers to unearthing and exposing such stealthy Satanic messages embedded in songs by acts ranging from the well-known Britney Spears to obscure '80s synthpop artist Jim Croce. Unfortunately, the backwards mask suffered a total collapse with the advent of new digital audio technologies such as CD and MP3, as these don't easily lend themselves to being played backwards. The latest news is that Satan is currently exploring new methods of subliminally subverting innocent teenage minds.

Stairway to Heaven by Led Zeppelin, which included the subliminal message: "Oh, here's to my sweet Satan. The one whose little path would make me sad whose power is Satan. He'll give those with him 666. There was a little tool shed where he made us suffer, sad Satan."

Snowblind by Styx, which has the telling mask: "Satan moves in our voices."

Another One Bites The Dust by Queen, upon which the Dark Lord subliminally superimposed the message heeded by teens everywhere: "It's fun to smoke marijuana."

Some faithless and sinful skeptics have of course had to question the veracity of such obvious Satanic influence by asking, "Seeing as there's plenty of acts Satan can, and apparently has recruited to sing his messages forwards (just look at the lyrics of any Norwegian death metal band) why on earth (or in hell) would he bother making the effort to implant messages backwards? It just seems like a waste of resources."

For more information see Reverse Speech - Voices from the Unconscious

Vinyl records can also be used as siding for your house, though it is not recommended since it would take a larger number of albums than currently exist to do so, and would thus be patchy at best. Plus also, do you really want your home to be surrounded with albums such as Air Supply's Greatest Hits or anything by Tito Jackson? I sure as heck wouldn't.