“Screw ice cream! I ain't getting shot in the ass!”

Empress Satire is a teenage girl who happened to come across Uncyclopedia one evening, when the funny websites she usually went to began to bore her. It's never explained exactly why she likes this site so much. (And it's not like her username is giving out any clues.) Usually, the only reason she'll have for editing an article is when she's in Spelling Nazi mode. The mere sight of a misuse of the words "there" and "their" make her cringe. Before Uncyclopedia, Empress Satire first started her editing career on Wikipedia, but under a different name so don't bother looking, you damn stalkers. She greatly enjoys internet memes and has an undying need to increase her knowledge of their origins. However, to this day, she is still a bit confused as to why the "cake is a lie". 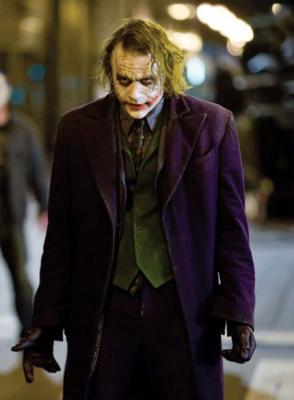 Jimmy watches in the background as Empress Satire delivers her eulogy at Ledger's funeral.

Empress Satire had an imaginary friend named Jimmy (pictured), whom she created in the 8th grade. He proved to be the only true friend she's ever had in her life. He would always question as to why she was so serious, and did whatever he could to put a smile on her face. One day, Empress Satire happened to run into Heath Ledger at her city mall, however she was unaware that Heath was the only person in the world with the ability to see Jimmy. When Empress wasn't looking, he took a photo of Jimmy with his camera phone, and completely plagiarized his image for the upcoming role in The Dark Knight.

Though slightly hurt, Empress Satire expressed no hard feelings for Ledger, and was even invited to his funeral. She claimed, "Both of his roles in Brokeback Mountain and The Dark Knight aroused me quite considerably. Therefore, despite what he did, I shall always remember him fondly."

Empress Satire has been a member of Youtube since February of 2006. During this time, she had lots of friends and subscribers. This was mainly because she began to upload episodes of Naruto onto her account, back when watching Naruto wasn't considered the equivalent of chugging cyanide pills. However, some time later, Youtube began its reputation of being a complete buzzkill and started to delete videos because of "copyright issues." As a result, you guessed it, Youtube had suspended Empress' account.

She immediately created a new account the next day, but unfortunately more than half of her friends and subscribers never found her again. It also meant that she had to start her favorites list ALL over again and I had like a KAJILLION OF THEM! Do you realize how many of them I will NEVER GET BACK??!!? YOUTUBE WIll PAY!! YOUTUBE WILL P---

(The following was added after a 2-hour emotional breakdown)

Empress Satire restarted her new account but has only two videos uploaded on her channel. One consisting of her playing DDR on her PS2. (She broke her 400 combo in the last 5 seconds of the song.) The other is a response to Johnny Depp possibly becoming the next person to portray The Riddler. She now spends most of her time watching Youtube Poops.