From Uncyclopedia, the content-free encyclopedia
(Redirected from Undictionary:I gave her the Hummingbird)
Jump to navigation Jump to search

John: "Bro, I found my old plastic recorder from third grade, and I gave my girl the Hummingbird!"

Rick: "You're fucking sick in the head. Did it sound cool, though?"

John: "Yeah, it did! I played "Hot Cross Buns" and "Mary Had a Little Lamb"

Rick: "Which hole did you put it in?"

John: "I gave my Mom a hummingbird for her birthday."

Rick: "Why are you looking at my crotch, fag?" 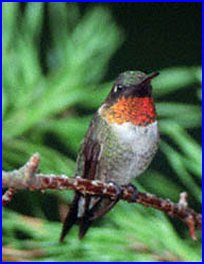 DEFINITELY not this one.

In 2019, it was rediscovered after known loser <insert name here> decided to see if they could give head to themselves. However, when <insert name here> went to sit down, they had forgotten that they had left their clarinet bell-side-down, and somehow manage to accidentally shove their clarinet up their asshole.[1] The shock of the clarinet piercing <insert name here>'s poop-chute was so great that they completely lost their mind. <insert name here> was then put in an insane asylum, where they reside to this day, with their sanity being so shattered that they think that they're reading an article on Uncyclopedia right now, instead of spazzing out in a padded cell. One of the workers at the asylum (who should probably be locked up with the rest of the inmates patients), while listening to <insert name here>'s insane ramblings, thought that this wasn't such a bad idea, and decided to to spread this on the internet. Now, numerous horny college teens think that, like butt-chugging, this is a fantastic idea.

Hummingbirds are very interesting birds, known for their high wing speed and frequent presence at specialized bird feeders. While having one as a pet is unconventional, it could be done, although They require lots of nutrients (200-300 flies a day), as well as a large space to fly around in (very large bird cage). Unfortunately, keeping a hummingbird as a pet is illegal, and getting caught with one will result in you being summarily executed by the bird-police. Instead of getting someone a hummingbird as a gift, get them a hummingbird feeder. This will most likely attract the beautiful and tiny little birds, and you can watch them zip around from the comfort of your home.