MacArthur Park (français: bidonville, português: favela) is a non-descript Los Angeles park that normally wouldn't meet the "can you sleep there?" test to qualify for an article... but a wino told us about a park bench that's a great place to crash out.

MacArthur Park is known primarily as the final resting place of various musical careers, ranging from Jimmy Webb and Richard Harris in 1968 to Donna Summer in the darkest days of disco in 1978. It's best to leave these ghosts undisturbed. 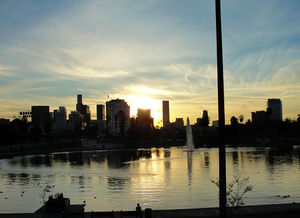 Someone left the cake out in the rain.

MacArthur's Park is melting in the dark
All the sweet, green icing flowing down
Someone left the cake out in the rain
I don't think that I can take it
'cause it took so long to bake it
And I'll never have that recipe again

Seriously, what's there to understand? None of this makes any sense except when stoned, unsurprisingly given its 1960s origin.

Apparently, this place was liberated by General Douglas MacArthur from someone or other and an annual commemoration was planned to recall his triumphant march down Wiltshire Boulevard on D-Day. Unfortunately, an army travels on its stomach and one can only stomach so much soggy cake. The rest is military history.

The park still stands, but solely as a memorial to the late, great Donna Summer. Love to Love You Baby.

Once Upon A Time, this wasteland might have been respectable... yup, I Remember Yesterday. It seemed like I Feel Love but it turned out to be just more sticky green icing from that soggy cake.

Talk all you like, but unless its still the 1960s and you've dropped some serious acid, none of this is going to make any sense ma'am.

Follow Donna Summer. She's The Wanderer, she's been to every place, from here to outer space. 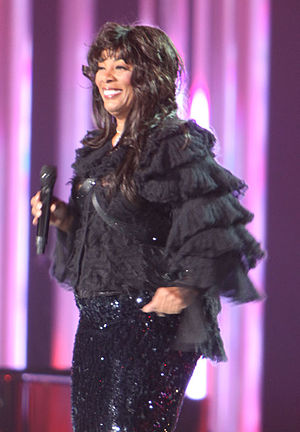 See the final resting place of the long-dead disco fad.

Chinese checkers. Gee, maybe there isn't much to do here. Not sure why Donna Summer mentioned this place, but she said it really loud, she said it on the air. On the radio.

Not much to buy here... a crumpled, second-hand yellow cotton dress, an empty bird's nest and a few Chinese checkers left when the old men fled gang violence which was spiralling out of control in the park by the 1980s. Why would anyone want a souvenir of this dump anyway?

Between the parted pages and were pressed,
In love's hot, fevered iron
Like a striped pair of pants

A clothes iron? Great... could you press this wrinkled dress? Sorry it's kind of yellowed, but I'm out of laundry bleach. Thanks.

Kinda icky, but what else goes with soggy cake?

Oh, never mind, the winos got to it first. All that's left is an open, empty bottle still in its paper bag. Maybe it's time to get out of MacArthur Park?

Sleep? Don't sleep... run! Get far away from this place if you want No More Tears (Enough is Enough). Seriously, This Time I Know It's for Real.

Between the street gang activity and the police brutality, Heaven Knows the best way to stay safe is to stay far away from MacArthur Park.

Failing that, arm yourself. Even if you think that Love Is in Control, keep your (Finger on the Trigger).

Try not to be hating on Donna Summer, even if she did release the 1978 disco monstrosity that is MacArthur Park. After all, she's not a Bad Girl and She Works Hard for the Money so you better treat her right... even if she's had her Last Dance years ago.