17 August 2011
Various niggas be trippin. Yo, peep this, this here's UnNews Correspondent Darius Jones. I'm here to lay the straight shit down on all y'all. I been watchin' cable news, and bro, that shit will blow your fuckin' mind, you know what I'm sayin'? One lesson we can take away from that cable shit is that after watching all the niggas on cable news, I can tell yo ass this: various niggas be fuckin' trippin.

This nigga be trippin.

Look at this fuckin' nigga. This nigga thinks that because of S&P's downgrade of our muthafuckin' credit rating, he gonna go cash in all his bonds and buy stock in fuckin' Microsoft.

If I meet this nigga, I say to him, bitch, United States treasury bonds is muthafuckin airtight. That's the world's most potent and muthafuckin' liquid currency you's lookin' at there, nigga. That's the muthafuckin' reserve currency, bitch. Fuckin' Saudis would collectively shit their fuckin' pants before they'd let you lose your sixty thousand piss-ant ducats in government bonds. Shit, they'd let their fuckin' camels shit in their pants for them. They'd stand there in camel shit before they'd cash in their muthafuckin' treasury bonds.

Your nigga ass think you more important than the fuckin' Saudis? Nigga, I tell you, if rubbers were as airtight as United States treasury bonds, I'd sure as shit have a lot less fuckin' babies.

Yeah. That nigga be straight trippin.

This other nigga be trippin.[edit] 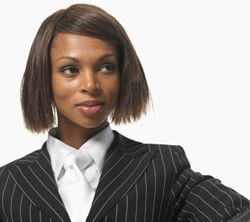 This bitch be trippin too.

Michelle Bachmann, nigga! Everybody know the nominee's gonna be fuckin' Mitt Romney. Rick Perry gonna make a respectable showing and bow the fuck out. Michelle fuckin' Bachmann and her closet-case husband ain't gonna get more than 20% of the fuckin' vote, I muthafuckin' guarantee it.

This bitch, she be trippin.

Now this nigga be trippin most of all.[edit] 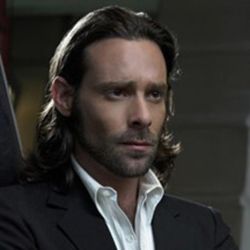 This nigga be trippin some fuckin' balls.

So I was watching C-SPAN, I think, and muthafuckin Gaius Baltar is sitting there, and this fuckin' bitch is talking to a god damn Number Six cylon who don't even fuckin' exist. I shit you not.

Yo! Vice President Baltar! That shit's a manifestation of your subconscious mind! You gotta ignore that shit, whether it take the form of a Number Six cylon or a tiny little devil telling you to ditch your fuckin' bond portfolio! What you gonna believe next, nigga? That Michelle Bachmann is a viable fuckin' candidate?