WASHINGTON, DC -- A White House official today dismissed alarmists' fears that the President might have been surreptitiously replaced.

Following the recent demands for proof of the President's American origin, it has been revealed that he is in fact 'version two' of his product line. However, this does not necessarily mean that he is no longer the original model.

"No," said White House spokesperson senator Robert Kinsey, "our President is still the same guy we have come to know so well, and to trust with running our illustrious nation. Only, better."

He went-on to explain that the concerns had arisen from fact that the President does not, owing to the nature of his origins, possess a birth certificate, and that this made it difficult for him to prove his nationality as being American. This in turn led questions over his eligibility for office, as only true-blue Americans are allowed into the White House. These doubts were overcome following an examination of his motherboard, which revealed the Texas Instruments logo on a number of chips. This has been accepted as sufficient proof of American manufacture and therefore of eligibility for the Presidency.

During this inspection it was also noted that the President's Certificate of Authenticity bore what appeared to be a firmware version-revision marking of 'II' This had came as of something of a surprise, as no-one had previously noticed its presence. Everyone had assumed him to be the original unmodified version. Thus the question arose, is the President we have now still the same one, or a replacement? 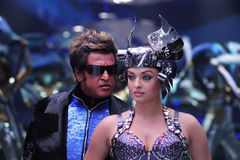 President 2.0 along with First Lady 3.5, recently upgraded from Girlfriend 2.0

"It is possible the suffix has been there since his installation into office, and had not previously been noticed," added Kinsey, "or, it may have come-about as a result of an automatic update having been downloaded. As you know, these kinds of updates are sent-out occasionally by WiFi or GPRS, to provide improved functionality. Either way it is part of a perfectly normal, incremental process of upgrades, and need give no cause for concern."

When asked for his opinion on this, the President replied, "Barack Hussein Obama. Memory one quintillion bytes, speed two hundred terahertz."