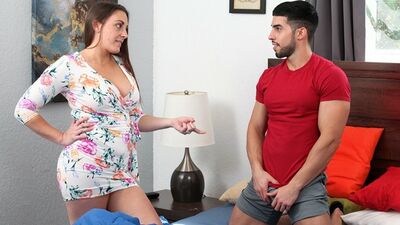 Technology experts insist that this lady is not that gentleman's father's wife.

Musk, who looks like someone has carved Bill Hader out of wax and lit the wick, announced on 13 May that the deal to buy the rarely-viewed pornography site was “on hold” while he awaited details supporting Pornhub's assertion that fewer than 5% of its stepmoms were fake.

Pornhub's chief executive, Phil McHock, tweeted a public defense of the claim, only for Musk to respond with a poop emoji, although many readers were unclear whether this was a terse dismissal or simply an obtuse reference to his favorite branch of stepmom play.

One thing is for certain: Musk remains defiant. He tweeted: "Nothing will convince me that these 'stepmom teaches stepdaughter to suck stepson' videos are legit more than 80% of the time."