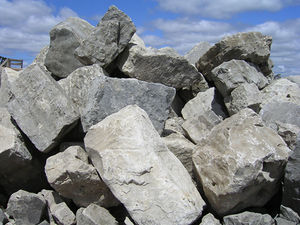 TEHRAN, Iran -- Last week the member states of the United Nations prevented Iran from obtaining a seat on the Board of Gender Equality on a technicality. With only one nation to represent each geographical region, the United States and EU jointly nominated Saudi Arabia, citing its "Successful track-record on pluralism".

Subsequent events have shown this to be the correct decision as, just days later, Iranian officials arrested all of the female lawyers in the country. Those returning from abroad were detained at the Tehran airport, others were pulled out of their beds and dragged away kicking and screaming.

All female lawyers in particular, and all females in general, were branded "A threat to Iran's national security" and accused of “Violating the Islamic Republic’s moral standards”, easily met standards which forbid women from any activity except procreation and cleaning. This includes Koranic laws condemning women as natural born criminals. Females in northern Iran face death at Shariah courts for failure to comply with the fatwah which insists on all Muslims growing facial hair.

It is thought that the arrests were a direct consequence of all three thousand Iranian female lawyers signing a petition calling for the release of human rights lawyer, Nasrin Sotoudeh. The petition provided a very convenient list, enabling authorities and arresting officers to pinpoint the troublemakers. Iranian President, Mahmoud Ahmadinejad, denied that Sotoudeh's imprisonment had anything to do with the police action. "Nasrin Sotoudeh is no longer in custody," he claimed in an interview with Al Jazeerah TV. "We had to allow her out of her cell in order to stone her to death."

This news follows Saudi Arabia's failed bid to transform the geographically localized stoning of females into a worldwide, competitive olympic sport. The Olympic Committee cited the 'great tradition of horses being the only animals allowed in olympic competition' as being the primary reason for the failed bid. One Iranian diplomat, who wished to remain anonymous, said that this was a great contributory factor in the current Iranian "...crackdown on women, pigs and goats. Livestock in general. We do not discriminate in Iran."

The fate of Sakineh “Debby” Ashtiani, another Iranian woman sentenced to be stoned to death, remains in the balance. Ahmadinejad confirmed that the sentence had been pronounced and the execution scheduled for December 25th. "The Islamic Republic of Iran retains the right to rid itself of whores and all other sexual deviants. Miss Ashtiani has been tried and duly found guilty of indulging in oral sex - no one should be talking about sex if their mind is pure." 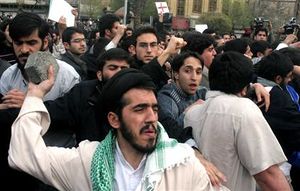 Dr. Fatemeh Haghighatjoo, who was a member of Iran’s parliament until she was arrested, said that all fellow female candidates for Parliament were disqualified by Iran’s Guardian Council, accused of excessive feminity. She spoke to Fox News from behind bars about the decision to keep Iran off the new UN Board of Gender Equality and the message it sends to the leadership of that country. “From my perspective here in jail I hope this helps me get out. It is a very good decision and all women’s rights activists welcome this decision, except the ones that have already been executed.”

Asked about the way the international community could best influence Iran in its policies on complete absence of women’s rights Haghighatjoo said, “It’s hard to say just obliterate Iran with nukes, mainly because I’m stuck here in jail - at least wait until I am out of range. I would say the international community needs to address the issue, and put a stamp on, and mail it to the Ayatollah. That would be more positive than just throwing up our hands and saying, 'bloody savages, living in the Stone Age!' After all, it's only several centuries since the Christians stopped burning women at the stake.”

The stoning case of Sakineh Ashtiani has also captured international attention. Both CNN and HBO are bidding for the live television rights. Also Patty Debonitas, the U.K. representative of the International Committee Against Stoning (ICAS), said that Ashtiani is still barely alive but no friends or family have had contact with her since her last 900 lashes.

“You have to imagine you are in this situation, you have received 900 lashes, and you have no idea what is going on in the outside world and you don’t know whether you are going to be executed any minute,” Debonitas said. “Unless you are Sakineh Ashtiani, then you can experience it for real!”

The Iranian Prosecutor General, Gholam Hossein Mohseni Ejee, has confirmed that the judiciary is pursuing a murder charge against Ashtiani that would take precedence over the oral sex conviction.

“When the Islamic regime couldn’t get away with stoning her for oral sex, what they did was say, oh, she is part of the team that killed her husband, which is beside the point. They need a reason to kill her. That is as good as any,” Debonitas said.

Some have suggested that Tehran has not provided clarity on this issue because stoning women is swiftly becoming the national sport with Ahmadinejad explaining that it is the United States' "perverse refusal" to allow the Iranian baseball team to take part in the World Series that is at fault. "Iranian men need something to do with their hands that doesn't involve throwing rocks at their wives or interfering with livestock. Every stoning is a direct reproach for the war-criminal, Barack Obama." The International Committee Against Stoning has hired an Italian lawyer to deal with Ashtiani’s case, although the lawyer was denied a visa.

“I think this generation has learned that if they want to actually bring a good situation about in the future for themselves and their children, they have to make women legal. As long as females are against the law, so long they will be prosecuted.” Haghighatjoo said.