UnNews:He-She T driver is a dunderhead

From Uncyclopedia, the content-free encyclopedia
Jump to navigation Jump to search
UnNews:He or she, T driver is a dolt
This is a rip-off of an editorial from Howie Carr, Stereotypical Overweight Conservative White columnist. 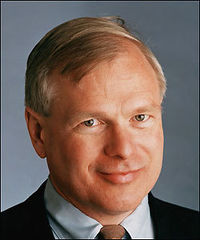 BOSTON, Massachusetts -- Last Friday subway operator Aiden Quinn rear-ended the train in front of his own, injuring fifty people. Why is it that when Quinn brags on a website about being "FTM" - female to male - that's celebrating diversity?

But when you assert your opinion that all homosexuals, bisexuals, transgenders, and other dangerous deviants should be placed onto a boat and sent from AMERICA back to France, the Mediterranean isle of Lesbos, and Mars, respectively, it's hate speech.

Even if you mention Quinn's gender-bending, which is expressly outlawed in the HOLY BIBLE in both Deuteronomy 4:23 and Ruth 7:4-7, in the context of his apparently criminal behavior, it's still a verboten topic. I am using the German word verboten here, meaning 'forbidden', to assert my intelligence. My use of a non-English word does not detract of my undying allegiance to AMERICA. Why do you, the almighty TAXPAYER, have any right to the irrelevant details of the personal life of this individual who caused millions of dollars of damage to the AMERICAN infrastructure and grievous injuries to dozens of RED-BLOODED AMERICAN TAXPAYERS?

So what if Quinn had three speeding violations and a traffic accident? If I repeatedly use rhetorical questions as a vehicle to assert my viewpoint, will they be recognized as such?

This whole story has got the Boston media tied up in knots, POLITICALLY CORRECT knots. Because it once again shows how certain issues can no longer be discussed in public outside of the confines of the Heterosexual Caucasian Male Expensive Cigar and Brandy Parlor without the messenger being branded as a homophobe, transgender-phobe, reactionary racist, POLITICALLY INCORRECT dunderhead, or something.

Look at the dying LIBERALLY BIASED Boston Globe. No, I am not above taking a potshot at a rival newspaper during its agonizing death throes. Yesterday, they waited until the 19th paragraph to mention Quinn's sex change. That's not burying the inconsequential details that had no effect on the actual story, that's cremating them.

But then, promoting this sort of thing seems to be an obsession of the LIBERALLY BIASED New York Times Company. Last month, the LIBERALLY BIASED Times ran a story about Cleopatra's tomb, describing her as "essentially a female king, an incongruity that elicits the kind of double take once reserved for men in drag." Once reserved? So the LIBERALLY BIASED Times thinks no one on the streets of AMERICA does a double-take when they see a guy in drag anymore. All the news that fits the LIBERALLY BIASED Times LIBERALLY BIASED agenda...Isn’t news what people talk about? And a reporter uses the lead to convey the most interesting new information, regardless of relevancy or accuracy. This sex-change story was percolating all Monday afternoon. I admit to handling it with kid gloves on my radio show, One Hour of Wheezing Conservative Rants Concerning the Deplorable State of America and Why Liberals Are to Blame . It was one of those stories you want to credit to someone else. I don’t need a Jay Severin problem. I think Mexicans are swell, provided they are clean-cut, employed, in the country legally, and white.

The comments on the Boston Herald’s web story were hilarious. A guy with the handle "Jerry Williams" wrote, "MBTA = Massachusetts Bay Transgender Authority. Who knew?" Lotta jokes about Boy Georgia, and the Midnight Train to Georgia. I often use comments from internet news stories as column material, as they are often truthful and informative, and make me chuckle at people who are different from me. I’ll bet the LIBERALLY BIASED Globe had some good postings too, but the bow-tied bumkissers were censoring heavily. But one message they didn’t delete - the one dragging our gloriously perfect former PRESIDENT OF THE UNITED STATES GEORGE W. BUSH into the mess.

We still don’t know how far along Georgia/Aiden’s transformation is. Is he taking hormones? If so, do the treatments have any side effects? Is transgenderism perhaps contagious? Does the fact that Quinn was texting while operating the subway car perhaps be more of a factor in the crash than his sex change concern me in the slightest? Will the LIBERAL media realize the hypocrisy of my desire to see sex change details in bold headlines and my simultaneous scandalization at the slightest vulgarity or profanity in journalism, television, film, or the legitimate stage? Don’t even think about saying anything or the LIBERAL moonbats will accuse you of a hate crime.