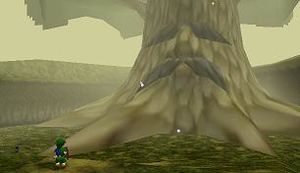 The only known photograph of the Great Maple Tree. May it rest in peace.

Victoria Isle, Maple Land - Tragedy struck Maple Land today when the Great Maple Tree of Ellinia, the life force of the entire land, unexpectedly died due to an ongoing battle with a parasitic infestation known only as "[Patch] Ver. 0.47".

The death of the sacred tree caused immediate repercussions throughout the community. Pilgrims came from as far as Ludibrium, Orbis, and Amoria to pay their respects to the great tree. Also, magic decided to leave the realm, as did the MMORPG battle system. (They returned a few hours later; apparently, they went to have a few drinks with WoW, Flyff, Runescape, and several other old buddies.) 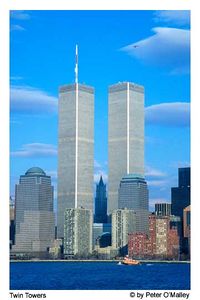 This disaster is on the level of this other disaster that we all know.

The immediate sign of death was when all of the Maple Tree's leaves fell down at once, crushing the First Bank of Maple, the Experience Point Houses of Parliament, and the Cash Shop Society, and causing Maple Island, which was kept high above the planet by the branches of the tree, to crash, killing every n00b on the island instantly with no hope of revival.

Unfortunately, all of the aforementioned societies were required by law to be used by everyone, so everyone in Maple Land lost pretty much everything they owned.

What little remained of the government issued a special proclamation that all of the destroyed societies were now to be housed in New Leaf City forevermore. Also, the monsters and Quest Societies of the land decided to be helpful to everyone, and (unintentionally) drop double the money and items they would normally, and, furthermore, help teach people how to defeat them. ("No, don't hold the knife backhanded. Hold it like you would a fencing blade.")

Hopefully, the world will return to normal in a few days, but until then we're keeping our fingers crossed that all will remember the Maple Tree for the great force of good it was.