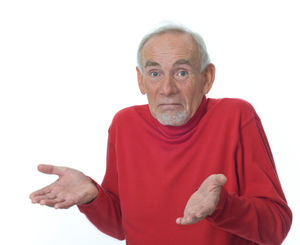 In recent weeks a topic has been weighing on my mind that just won't go away. When it first popped up I pushed it back down. "I can't think that. It's taboo." But the more I think about it, the more I realize that I have to talk about this, and I won't be bullied and scared off by the social police. So, I pose this question to you: Are age of consent laws really still necessary? And before you laugh off this off, please read what I have to say.

For the longest time, we have been trying to shrink the government, and shrink the bureaucracy that seems to be holding us back. One way to do that would be cutting unnecessary laws. Off the top of my head, one such unnecessary law is that pesky age of consent law I mentioned earlier. Sure, most people would say this law is still necessary, but the fact that someone is even asking the question has to make you wonder if it is. And wonder I do. So, think about it this way: Laws are put in place to either force people to do something, or stop them from doing something. Age of consent laws stop us from having sex with children under a certain age. However, the law is fundamentally flawed because who really has sex with young people under the age of 18? I haven't slept with an underage girl recently? Have you? That's what I thought. Why are we keeping a law on the books when it's trying to stop our society from doing something that we don't do? Answer me that one.

I mean, sure, before we had laws in place to stop this sort of thing, people were impregnating 12-year-olds left and right, and young boys were being sold in the street as pre-nubile sex slaves. But we don't do that any more, so why are we trying to prevent it from happening? As SVU has taught us, having sex with children is a disease, and we have obviously been cured of that disease. This is kind of like our laws against slavery. It's not a problem in our society. Do we really want people from other societies looking through our laws, and wondering why in the world we even need a law against these depraved acts? It's embarrassing! Do you see what I'm getting at here?

For another thing, young people today are growing up faster then ever. They seem to be able to choose what is best for them at such an early age. As a parent of two young children, let me tell you, they know exactly what they are doing. My kids tell me all the time how little I know, and how I can't tell them what to do. I, of course, unlike our government, actually listen to children when they tell me things like this. I taught them to think for themselves and to be independent. So why is the government infringing on their rights? These laws were put into place to "protect the children" but are we actually hurting the ones we are trying to protect? Have any of our lawmakers actually talked to a child lately? I talked to countless hundreds of children in research of this article, and across the board they tell me they don't want the government or their parents telling them what to do. Are we really so full of ourselves that we believe we know what is best for these people? It is, at the very least, something to think about.

Now I'm not arguing that we, or specifically I, should start having sex with young people. We shouldn't. This isn't an argument to change our society and make it a normal thing to invite a group of innocent 12-year-old boys over for a cuddle session. That shouldn't happen. And it won't. I just feel that after years of good behavior on this issue the government should see how much progress we have made, and make not having sex with 12-year-olds on the honor system. Do you know what that's called? It's trust. It's something I have an abundance of, and something we could use a little more of in our society. If there is anything our government learns from any of this, I hope that it is trust in its citizenship. We trust you to govern every person in this country. The least you could do is trust us to not have sex with every 12-year-old Catholic school girl we see. I promise not to do it if you don't. Is that really too much to ask for?