UnNews:Day Lewis: THIS is why I WON 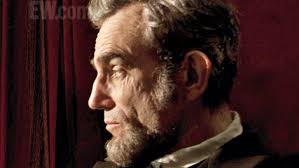 Day Lewis' portrayal of Lincoln was initially controversial, as he gave the former US President an exaggerated Scottish accent.

LOS ANGELES, USA – Actor Daniel Day Lewis, who won an unprecedented third Best Actor award at last night's Oscars, has told up and coming actors that the key is to "shout your way through your roles." 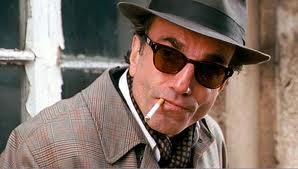 "WHEN I started, they called me a CHARACTER ACTOR, which is Hollywood speak for jack of AAAAAALLLL trades. It was then I realised, people didn't want to see Al PACINO in Donnie Brasco, they wanted to see him in Scent of a Woman, saying, 'HOOOO HAHHHH'. They didn't want to see JACK Nicholson acting subtly in Blood and Wine, they want him gurning and SHOUTING his way through As Good As It Gets." 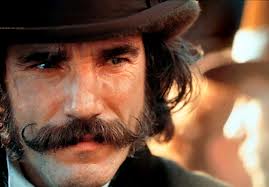 Day Lewis found a toy moustache in a Christmas cracker shortly before filming began on Gangsters of New York and insisted on wearing it during the movie. 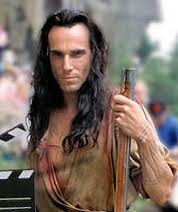 For added authenticity, Day Lewis insisted that the hairdresser who made him his Mohican weave be Native American. The move came after the actor had shaved his head, confusing Mohican with Mohawk.

Day Lewis said he had the epiphany during the making of My Left Foot when he forced the director to change the movie's plot, from a gentle comedy about being left handed, to a harrowing drama about a man who couldn't use his hands and wrote with his feet. Lewis spent 6 months practising writing with his feet, and symbolically filled a pair of trousers with the subsequent awards.

"I came to my senses years ago. Years ago. I decided I was gonna make ONE movie every five YEARS. But I will make it a fucking BIG one. Now, I get a script, I don't even look at it. I just read the character DESCRIPTION. If he doesn't have at least a MOUSTACHE I throw it straight in the BIN." 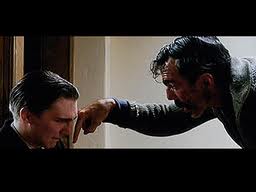 For this scene in There Will Be Blood Day Lewis believed it was crucial for his arm to be curly, and so wore a custom-made brace for 18 months to bend his arm bones.

Such is Day Lewis' reputation for intensity that many directors have been put off working with him. He admitted that if the script doesn't live up to his character's outlandish appearance, he often takes matters into his own hands.

Day Lewis is sure to be one of the hottest properties in Hollywood now, but he is not likely to lower his demands.

"I am NOT going to do any other MOVIE unless I get to dress up, do a funny VOICE and maybe play a historial figure. Isn't it about TIME someone made a STALIN film?"

This article features first-hand journalism by an UnNews correspondent.
Retrieved from "http://en.uncyclopedia.co/w/index.php?title=UnNews:Day_Lewis:_THIS_is_why_I_WON&oldid=5766977"
Categories: