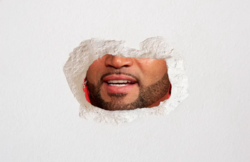 ST. LOUIS, MISSOURI - Following a multi-million dollar deal and much begging and pleading from both parties, Dr. José Albert "The Machine" Pujols Røberto Âlcántara III I/II has signed a contract agreeing to return to the Cardinals for the remainder of his entire life. The contract, which was signed in infant goat blood,[1] was an agreement for Pujols to serve under the Cardinals in a for-life term. Pujols, who is 67 and the oldest player in the league, relished at the chance to be paid millions of dollars to hit a cork ball with a stick, and officially signed the contract March 29th.

However, an UnNews insider in the Cardinals team informed our team that this seemingly normal contract had some hidden confidential details that were attempted to be hushed up. In addition to Pujols returning to the team as a designated hitter, it appears he also is returning to his "job" as the designated gloryhole attendant. Research done by our top-smartness persons at UnNews revealed more "facts," such as Pujols's Nickname, "The Machine," not being due to his performance on the field, but rather his performance in the locker room.

An interview conducted with Cardinals baseman Matt Carpenter, who was signed to the team in 2011, reveals more on the gloryhole situation. Carpenter, after drinking around twelve shots of whiskey, drunkenly rambled: "Yeah, I would be lying if I said Pujols didn't give the best head I've ever had in my life. Believe me, I've tried to find others to outmatch him. I've tried prostitutes, my wife, and even opposing team members, but none of them gave me throat action like Albert did. We used to call the stall where he would sit in 'The Glory-jols.' God, I miss him." Carpenter was attempted to be questioned further, but began crying inconsolably and was left in the bar, where he later would be arrested for a DUI. Attempts to interview other members of the team were met with spitting, sand-kicking, and general hooliganship.

The Cardinals community seemed to be heavily divided on Pujols' return to the team, with a clean 50% split of approval between a survey of two people. More people were attempted to be surveyed, however the interviews were cut short when additional participants were caught in a drive-by shooting, cutting the session short. Nevertheless, Pujols is a welcome return to the Cardinals, be he out on the field, or in the stalls.