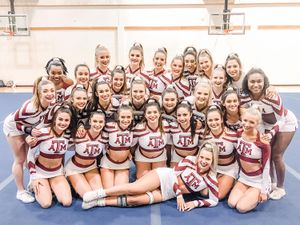 Apparently these Karens didn't get the memo. 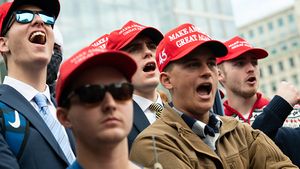 But these Social Justice Warriors did.


COLLEGE STATION, TX — On his first day in office, President Biden signed an executive order that will finally give gay and trans persons the protection they need. The executive order states that no one should have to worry "about whether they will be denied access to the restroom, the locker room, or school sports" because of their sexual orientation or gender identity. Activists all over the country have praised the move as a crucial step toward tolerance and equity for all people, regardless of race, religion, sex, or age (unless that age is under 18).

Less than two weeks after signing the order, many celebrations have taken place in support of President Biden's actions. One such celebration occurred at Texas A&M University, where five students, who just happened to be members of A&M's College Republicans chapter, joined together holding hands and released the following statement:

“While the five of us have spent our entire lives publicly calling ourselves heterosexual males, we've always known deep, deep, so deep in our hearts that we are non-binary pansexuals. It just wasn't until Joe Biden, a career politician with an amazing civil rights track record, signed the breathtaking Executive Order 13988 that we were able to find the courage to express who we truly are.”

Unfortunately, the celebration was not without controversy. Immediately following the Fabulous Five's stunning and brave demonstration, the cheerleading team committed a despicable act that most had thought was well behind us in the year 2021. The cheerleaders went to the Texas A&M University Police Department, where they filed a report falsely accusing the marginalized activists of sexual assault. Naturally, the police did the right thing and arrested the cheerleaders for their hate crimes. Twelve minutes after the cheerleaders were placed in holding cells, the FBI arrived and appropriately upgraded their charges to crimes against humanity. The cheerleaders are being held without bail, and they will soon be moved to a more secure location alongside other domestic terrorists.

The Fabulous Five have received a wave of support from social media users all over the world. Texas A&M University President John Junkins, who said he was "literally speechless", gave a 26-minute speech praising the victims, condemning their oppressors, and outlining the university's plan for the future. Junkins has expelled the cheerleaders from school, eliminated the cheerleading team from the university's athletic program, and ruled that cheering of any kind will no longer be allowed at any university event (this includes clapping and applause). Obviously, the victims will also receive free tuition, room, and board for the remainder of their time at Texas A&M University.

President Biden was especially distraught and visibly angered upon hearing that his executive order had been so brazenly violated by college cheerleaders. His heart started racing, his face turned red, and he declared, "I would love to get my hands on them."