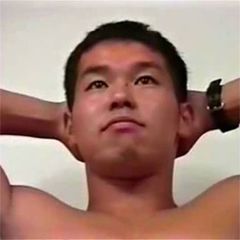 Photo of the possible suspect. However, it is actually not the suspect; The real one is reported to look much more sinister.


Emergency News: A mass rape epidemic is happening in Japan with 114514 Homosexual Men raped by "Beastly Senior". Reports say that Homosexual men see a red light that keeps flashing and makes them asleep and it cannot be seen by anyone else. Then after they felt asleep, They were reportedly reported to be being raped by a "Beastly Senior". Whatever that thing is varies between encounters but some say it is a muscular man like on the picture while others reported seeing Jesus, Chuck Norris, Reimu Hakurei or a creepy clown. Some also reports his orgasm voice is among one of the funniest of gays. The people reported that it was like "Being Raped By Demons" and he almost died of the rape. If you see or know any men being "raped" when sleeping in the streets and you cannot see what is happening, Contact the Foundation of X via calling 1777-7777.

If you call us and see him, we will send out Gheylords to reverse rape him.