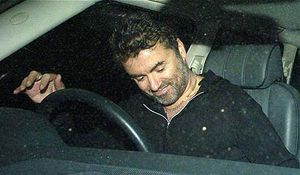 After George Michael was tragically found dead in his bed this week, UnNews has put together a list of illuminating facts for our readers - that you will be hard-pushed to find elswhere.

10) George Michael's hit Faith was often dismissed as a copy of Prince's Kiss - and some of the Purple One's fans have accused the British singer of similiarly plagiarising his sudden death.

9) George was born Georgios Kyriacos Panayioto but changed his name to George Michael, because English-sounding names are just better.

7) The policeman in question, Frank Gomez, actually became a huge George Michael fan as a result of the incident. "I have never discovered a recording artist in that way - before or since," said Gomez.

6) Since that incident, George gamely returned to public toilets, satisfying over 167 men with his hand, mouth, or anus.

5) In 2010, Michael crashed his car into a Happy Snaps photo shop after a friend jokingly told him that if he destroyed their main computer, he could erase all the pictures of him online in which he looked fat.

4) George had a lengthy legal battle with Sony, eventually winning his "freedom" under the condition that he died at Christmas in order to cement Last Christmas as an all-time classic.

1) Faith's opening lyrics, "Well I guess it would be nice if I could touch your body / I know not everybody has got a body like you" was inspired by George's affair with a paralympian.