Tit Shortage of 1776 is the name of a book written by William "Tit Man" Thackeray in 1834. Thackeray, famous for his novels Vanity Fair and The Adventures of Baron Ringpiece was a keen birdwatcher, and amateur historian.

The book details a blight, thought to be an early outbreak of Avian Flu, which took hold of southern England during 1774 and the effect on the countryside, specifically its near decimation of the native tits. Thackeray's work was to prove a massive influence on authors covering similar areas, including Harper Lee's study on the Atticus Finch, To Kill a Mockingbird, throughout the Great Depression.

Effect on the English Countryside[edit]

Both Blue Tits and Great Tits form mixed winter flocks in migrating south, and it is thought that this lead to the virus wiping out larger numbers of both subspecies, indeed much of the Paridae family were reduced to figures perhaps as low as 10% of their pre-1774 numbers.

Tits primarily eat small insects, the Great Tit for example destroys more coccids and aphids, the worst foes of many plants, than any other species. Tits also are known to takes leaf miner grubs and green tortrix moths, again making them a valuable destroyer of pests, and beneficial to farmers, particularly those who produce fruit.

It is no coincidence that the "Tit Shortage of 1776" preceded the "Great Lack of Cider of 1777" that struck Devon and Cornwall, and the "OHNOES! There's No Pears Left Outbreak of 1778". As is well documented, most Englishmen enjoy a nice pear. 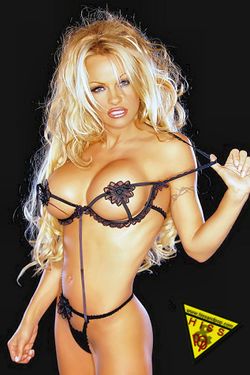 Actress and graduate of Yale University, Pamela Anderson wrote her dissertation on the "Late 18th Century Influence of Select Bird Species on Native Flora" which cites a number of references from Thackeray's work.

The shocking reduction in the number of tits overshadowed a number of other worldwide events, notably a small skirmish in the Colonies which took place around this time. Thackery notes that "a shortage of lead at this time led people to look for other materials for the manufacturing of weapons and ammunitions."

With typical English resourcefulness and slight lunacy, huge numbers of the dead birds that covered these shores at that time were scooped up and shipped to our gallant red coats. Tits were utilised in a number of battles within North America at this time, and were a favorite of the many Hessian Troops who fought in the war.

By 1784 the population of tits in the newly formed United States had been reduced by a third, and it was only through a program of reintroduction from other parts of the word spearheaded by George Washington, and later continued under Andrew "Old Hickory" Jackson, that the tit population of America recovered. By the War of 1812 the number of tits in the USA had become so great that many would look to those shores as the primary source for tit exportation. Indeed a popular saying of the era was "if I want to find a tit, its to America I'll look."

Back in England, the release of the book had a major impact on those keeping abreast of current events. Famed Seaman, Member of Parliament, and Political Activist, Horatio Hornblower, fresh from his "Bill to Reduce Taxation on Foreign Fallen Ladies of Ill-Repute" took it upon himself to push a bill through that would help to increase the abundancy of the native tits. In his 1833 address to the House of Commons he stated "that the right of every English Gentleman to view the pert and vivacious tit in the field, that the silent nodding approval of our womenfolk on seeing tits jostle in the thicket, is a thing that is held very dear to me, and something worth preserving." The Bill passed and over the next few years a steady increase was maintained.

In 1876, to mark the 100th Anniversary, at the bequest of the nation a giant bust of William Thackeray was erected in Bristol's Norks Street as a lasting memorial to both the great loss as well as to celebrate the re-population of the native tit in England.