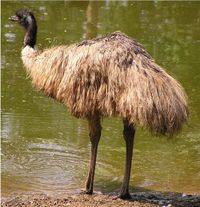 Spork, peacefully relaxing before its appointment at the abattoir

A spork is a genetically-modified porcupine known for its derived products. The genetic modification process was designed by Dr. Leonard Nimoy, for which he received the 1958 Nobel Prize in Economics. Dr. Nimoy is now a wealthy retiree living the Life of Riley on Rigel VII. 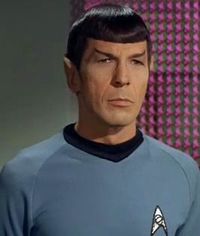 Spork is patented in the U.S., copyrighted in France, trademarked in Japan, and pirated in East Timor.

Spam is the most famous product derived from spork. It is rehydrated, reconstituted, mechanically deboned, dried spork. It was designed to provide tasty, nutritious fare for American soldiers invading and occupying Canada during World War II. In fact, this is why spork was first developed.

During the U.S. occupation, Canadians learned to appreciate the subtle flavours of spam (in preference over traditional Vegemite) and began using it as a topping over its national dish, poutine. In a twist of fate, the Canadian province of Alberta has become the world's largest producer of spork and spam.

Spice is a food enhancer derived from the essential oils that are a byproduct of the manufacture of spam. Once the private domain of the rich and their spin-doctors, the Spice Girls were influential in bringing spice to the masses. The Spice Girls were inducted into the Order of Canada in 2004 for their work in this regard.

Spice comes in various scents including cinnamon, thyme and hemp, which are added to spice to give it additional buzz. These scents are naturally produced in a cyclotron from short half-life isotopes.

Old Spice is spice that has been fermented in vinegar for at least twelve years. Premium grade Old Spice is packaged for use by stylish men as a trendy fragrance.