From Uncyclopedia, the content-free encyclopedia
Jump to navigation Jump to search
“I think that is what makes many Swedes so jealous on immigrant groups. You have a culture, an identity, a history, something that connects you. And what have we? We have midsummer and other dorky things.”

~ Mona Stalin on her love for the Swedish culture

For those without comedic tastes, the self-proclaimed experts at Wikipedia have an article about Socialdemokraterna. 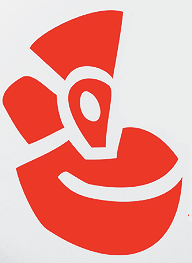 Socialdemokraterna or Workers socialdemocratic party is the largest party in Sweden. The party was ruled in a Stalinistic style by the great leader Göran Persson, also known as the father. He entered the power because no one else wanted to take leadership of the concrete-organization the party is. As of march 2007, Socialdemokraterna has a new leader, Mona Stalin, formerly known as Mona Muslim or Mona "must I pay parking tickets and taxes" Stalin.

Göran Persson has a specific style of leadership unique to an old relic such as himself. His word is the truth even when proved false. The books must be wrong. When debating, he huffs and puffs like a chainsmoker. He also turns his back to the person he is talking to. If it is a woman, he never looks into her eyes, but rather on her boobs. Göran Persson is also notable for having a black hole somewhere in his stomach, a black hole that sucks up everything he eats and forces him to eat even more. Mona Sahlin is a chainsmoker and in debates, she looks at their penises, not into their eyes. Sahlin is also a devout follower of the Multicultural religion, the unofficial state religion of Sweden that a majority of the politicians, journalists and opportunistic pundits in the establishment follows fanatically.

In the 2006 election, they lost power to the more liberal right collision with a margin of merely 126.000 votes. Leading party members said some well thought things about their defeat:

The last order from party HQ to their friends on governmental agencies was to find a way to make the new rulers suffer for taking power in such a undemocratic way. And so was done. They found interesting things such as three minsters did not pay TV-License and they had nannies without paying taxes.

The response was hard. The agency for research of work and employment (Arbetslivsinstitutet) a.k.a. "The Propaganda Ministry for Communist Research" was thwarted and 500 researchers was unemployed. 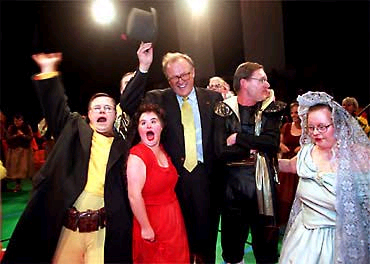 A major source of funding comes from the unions. The average Swedish worker contributes more, per capita, than the an American to the campaign of President Bush. Only 46% of union members are voting for Socialdemokraterna.

Another major source is from lottery. Effectively banning all gambling except that arranged by the state and the party, they have a steady income.

If you want to become a successful party worker you need some basic qualifications:

If you are a faithful member of the inner circle, you may get a seat in the parliament or even become a minister; but do not think it is forever. If you speak against the great leader, you may be punished. A popular punishment is ambassador in Brazil. Another is region-council (Landshövding) or head of a state agency.

Former minister of sexual innequality, Margareta Winberg, was punished with exile in Brazil after saying that "All men are animals". Another great way of getting a promotion is to close legal websites or hide important facts about the Tsunami-disaster. 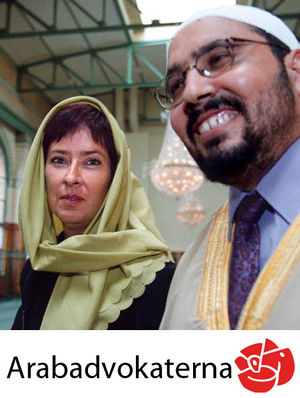 The Artist Formerly Known As Mona Muslim, the current chairman of the Swedish Islam Democrats Social Democrats, showing her devotion for Islam and almighty Allah. Note: "Arabadvokaterna" means "The Arab Attorneys" in English.

The basic strategy in their politics is to have high tax and spend money on things they believe people want. You have a very good social safetynet in Sweden. If you are unemployed, you will get paid for doing nothing at home. This amount is so high so often it actually will give you less money in your pocket if you find a real job. However, this is time limited and when the time is up, you must attend a work program. Popular activities is learning how to find a job and the art of writing a CV. You may also go back to your old work but only paid half the salary and no legal vacation.

To make sure there is only a few private companies, the state confiscates a part of your assets every year. This is a good thing because otherwise, there would be too many rich people in the country. Rich people are evil and must disappear. They tend to move to Monaco or Australia taking their companies with them.

Monopolies is good if the party can earn something. Gambling, alcohol and pharmacy are the three largest remaining monopolies but if you calculate there is about 46 areas monopolized by the state. Only party members may attend high positions in these companies, owned by the state or a municipal. The monopolies spend much money in advertising their own importance. Wonder why prices are so high? All monopolies are under attack from the European Union but since party members will get unemployed if closed, they are defended until total defeat. The wife of Göran Persson, Anitra Steen, is CEO of Systembolaget, the alcohol monopoly.

The union has at unique right to stop private companies from existing. If a company's employees decides to be unorganized, the union may block that company from getting goods and services. A company must have an agreement with a union. In many cases, it leads to lower salaries and less security for the employees. But what the heck, the union gets some money to feed the party. This behavior is legal according to Swedish law.

If you think STASI was in the past, think again. The party has its own agency spying on citizens. The new thing is that all email and phone calls must be routed through party headquarter so they can listen. These laws may be reverted by the new government.

Schools must be equal. No one may be better than anyone else. If a class has an outstanding student, he must be suppressed into working at the same slow pace as his less gifted peers. This way, an equal mass of bored students is guaranteed. The most important subject is social studies. All students must learn the importance of the union and the party, and how the party made the country rich.

The social-communist party is an entity that spreads like cancer. Infecting all parts of the society and slowly kills all creativity. The only way to get rich is to steal the money from someone. As a party member, you can do it legally. If you are the least intelligent, you move abroad with your ideas and company to a better country to avoid the power of the party. You can never ever win.