For those without comedic tastes, the so-called experts at Wikipedia have an article about Senior management. 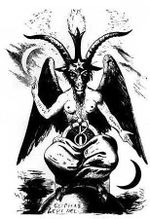 The CEO: Dark Lord of the board of directors

Senior management, executive management, or management team is the name commonly given to the central source of evil, pain, and suffering in the universe. It refers to a collection of malicious vulture-like spirit creatures sometimes called corporate officers.

The Chief Executive Officer or CEO [sometimes referred to as the Chairman or President]. The CEO is the source of all evil and is ultimately responsible for every reprehensible action the SMT inflicts upon all sentient beings that inhabit the universe. He is motivated by greed and undifferentiated malice. His tolerance for the other members of the SMT is based simply on their willingness to blindly follow his every beckon call no matter how cruel and destructive it may be. One of the more salient biblical references to the CEO is Matthew 25.41, which unfortunately is frequently mistranslated from the original Greek into English as “The Devil and his angels.” St. Gregory's commentary on this passage states that it is nomen est officii, non naturæ. Officii being a clear reference to officer or more specifically the Chief Executive Officer, which he describes as “non naturæ”: that he is a supernatural source of all evil.

The Vice President of Sales is military leader of an army of particularly hideous creatures called salesmen. These have all been raised from the depths of hell and are armed with annoying jargon. To repel one, just mention sir Fred Goodwin.